(NASHVILLE, Tenn.) November 1, 2007 - Award winning and platinum-selling Word recording artist Point of Grace will embark on its 3rd annual 15-city Christmastime tour in support of their critically acclaimed project, Winter Wonderland. Consistently sold-out, the tour will launch Nov. 27 in Chicago, IL this year and will run through Dec. 15. The Winter Wonderland tour brings the warmth of the season to life in performances that celebrate family and holiday traditions.

Each evening, the Winter Wonderland tour will feature an entertaining, eclectic blend of Christmas melodies in bold, memorable settings. Infusing traditional hymns with new life, the renowned harmonies of Point Of Graces Heather Payne, Shelley Breen, Denise Jones and Leigh Capillino will be featured in the familiar holiday classics including, O Little Town Of Bethlehem and Jingle Bells, alongside new holiday favorites such as, All Is Well and the special Santa Medley, among others.

Building on tradition, the tour will once again highlight accomplished singer/songwriter Scott Krippayne who recently won the American Idol Songwriting Competition with the song This Is My Now, performed and recorded by American Idol season six winner Jordin Sparks.

In addition to Krippayne, Point Of Grace will also invite a local church choir from each city to join them in the second half of the evenings festivities. Capturing the magic of the season with brilliant backdrops and sets, Frosty The Snowman, Rudolph and Santa himself will pay a visit to the stage for this holiday spectacular.

For 15 years, Point Of Grace has built a successful career delivering songs of substance and depth. While their lovely voices and soaring harmonies entertain, their songs illuminate the complexities of the human spirit and spur the listener toward closer relationships with each other and our God. In the process, theyve taken the church by storm, selling five million albums, winning 8 Dove Awards, two Grammy nods and garnering two platinum and five gold records as well as 24 consecutive No. 1 singles.

Word Records is a part of Word Label Group, a division of Word Entertainment, a Warner/Curb Company. The artist roster heralds some of todays top Christian music performers and songwriters including Amy Grant, Point Of Grace, Mark Schultz, Building 429, Nicole C. Mullen and Stellar Kart. The Word Label Group leads the industry with over 50 years of music-making history. 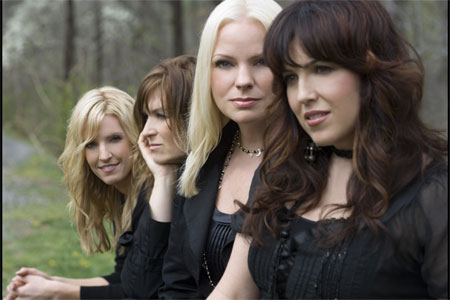