RED MAKES R&R HISTORY AS IT DEBUTS FIGHT INSIDE AT NO. 1


NEVER BEFORE HAS AN ARTIST DEBUTED NO. 1 ON THE R&R CHRISTIAN ROCK CHART 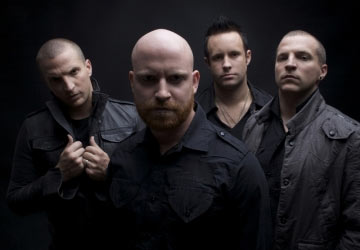 
(Nashville, Tenn.) November 13, 2008 - GRAMMY-nominated modern rock band RED made R&R history this week as its first radio single Fight Inside from its sophomore album, Innocence & Instinct debuted at No. 1 on the R&R Christian Rock chart. Never, in the history of the magazine and the chart, has anyone accomplished this incredible feat.

Christian Radio has been such a backbone for our band, comments Jasen Rauch, Reds guitarist and primary songwriter. We are so overwhelmed by the support they continue to give us, we are so humbled to even have a No. 1 never dreaming we would make history by debuting there. Thank you for your never ending support. We are truly blessed.

Radio stations across the country were ready to add the single as soon as it hit their desks and cant say enough about the song. There hasnt been this much anticipation for a new single from an artist in years, said Joey Belville, KLYT/Albuquerque. The new Red album is going to rule, and even though nobodys heard it.everybody knows it.

Chris Goodwin, Program Dirctor for KVRK/Dallas-Fort Worth said, Fight inside is the highest tested song weve had since we debuted our Music Poll page on our website this year. 92% of the hundreds of listeners that voted chose the like it option.

The GRAMMY-nominated modern rock band RED will continue to tour the U.S. with Puddle of Mudd through November, after which it will perform radio shows through the end of the year. Its upcoming sophomore release, Innocence & Instinct, drops on February 10, 2009, via Essential Records. The disc features 10 songs, including its first single Fight Inside. Simultaneously, Red will release a Deluxe Edition of Innocence & Instinct loaded with extra content including four bonus tracks, the Death of Me music video, a making of documentary and more.

The Nashville-based group, made up of JASEN RAUCH (guitars), MICHAEL BARNES (vocals), ANTHONY ARMSTRONG (guitar) and RANDY ARMSTRONG (bass), has logged an impressive 500+ live shows since releasing its End Of Silence debut album in 2006 and are giving fans a taste of its new music while on the road in late 2008.

Catch RED on tour in the following cities and go to www.myspace.com/dropofred for current band updates.