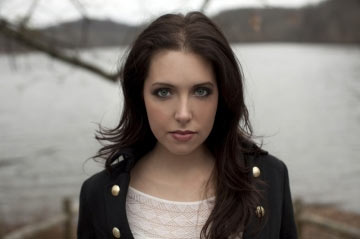 Battistelli's single, "Free to be Me," reached #1 this week on all three R&R Christian radio charts: AC-Monitored, AC-Indicator, and CHR, as well as on the Mediabase chart, as printed in USA Today. This is the 5th week in the top spot at CHR, and the second week as #1 at AC-Indicator. Additionally, "Free to be Me" is the first #1 single from a female at AC since 2005.

Here's what just a few stations have shared about her and her hit song:

"We could not be prouder of our hometown girl, Franny, for getting to #1 but it is no surprise! We always knew she would be a big success and make a major ministry impact with music! This is just the beginning!"
- Jeff Cruz, Z88.3 Orlando

"How long has it been since a female has been #1? Since this morning! Go Francesca!"
- Mike Prendergast, 94.9 KLTY Dallas

ABOUT FRANCESCA BATTISTELLI
This New York City-born singer and songwriter has been going non-stop since her debut project, MY PAPER HEART, released last summer on Fervent/Reprise Records. Having just ended the 35-city WinterJam nationwide tour, Battistelli is doing various dates across the country while readying for the upcoming Dove Awards, to be held April 23rd in Nashville, TN. Battistelli is nominated for Female Vocalist and New Artist of the Year, while her Top 5 hit single "I'm Letting Go" has received nominations for Song of the Year and Pop/Contemporary Song of the Year. My Paper Heart is also nominated for Pop/Contemporary Album of the Year.

Battistelli made radio history at the beginning of the year as the most-added new artist in the history of Christian radio, thanks to "Free To Be Me," according to R&R. She was also named one of iTunes' best new artists of 2008 within the Christian/Gospel category and received accolades for her single "I'm Letting Go" as the #3 "Best iTunes Song" of the year.

Visit www.Francescamusic.com for her blogs, current tour information, and more!