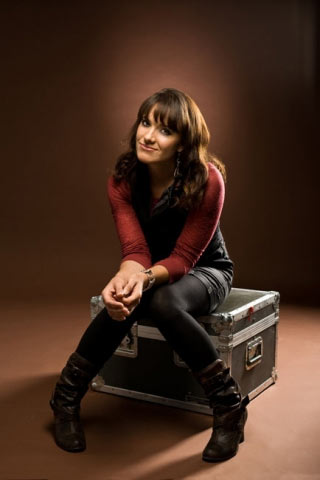 
(Nashville, Tennessee) May 18, 2009  Grammy Award winning Christian singer Rebecca St. James voice is among those being raised loudly this week on the side of life.

With the abortion issue on a high note of debate and national consciousness in the wake of President Obamas controversial appearance over the weekend at Notre Dames commencement ceremonies, St. James feels that America cannot be silent on the crucial decision to choose life.

Considering what happened yesterday at Notre Dame and the fact that 51% of Americans now claim to be pro life, it may be an uphill battle for this administration to continue a pro choice agenda, she noted in Los Angeles. Mother Teresa, who I greatly admire, said it wellabortion is the greatest destroyer of peaceshe called it war against the child.

Long a passionate and outspoken advocate of abstinence from the global platform of millions of unit sales on her music and a chain of best-selling books, (her self-penned hit song, Wait For Me, has been an anthem for abstinence and birthed a franchise of books worldwide) Australian born St. James has now turned her creative focus to films. Not just any films--films with messages she hopes will positively impact lives.

Her starring role releasing this fall is a film called Sarahs Choice, in which she portrays a young, single career woman facing an unplanned pregnancy. For her, it was more than a movie role that required both intense research and emotions. It was a first-hand encounter through her visits to crisis pregnancy centers and one-on-one interviews with lives that had been too often emotionally shattered by the aftermath of abortion.

In studying of my role, I met with a number of young women who had actually had abortions. In literally every case, they had no idea of the immense trauma they would encounter after exercising their right of choice'," she noted.

Considering the pro choice climate Americas current leadership is attempting to foster, I am even more passionate about the need for this film. I want to help prevent life from being stolen from both children and their mothers, and hopefully bring a healing message to those that continue to grieve their loss.