(Nashville, TN) -Chosen Records' recording artist The Wrecking will release a new digital EP on Tuesday, August 18. Entitled, THE CATALYST, the six-song EP will include sneak previews of songs which will be included on the band's full-length CD set to drop in early 2010.

A new music video to coincide with one of the EP's songs, "The Sound of the Resistance," will be released this month to national video shows. The video director is Aaron Vandenbroucke and the executive producer is Doug Rittenhouse, Executive Director and Founder of The Center for Creative Media and 5 Stones Productions. Rittenhouse has spent over 25 years in network broadcast, world-wide telecast, and multi-platform program production, garnering over 20 Emmy nominations, 3 Emmys, 2 Golden Mics and 13 Tellys. "Sound of the Resistance" is also being serviced to CHR radio stations for airplay.

Filmed at Acquire the Fire headquarters in Tyler, Texas, the new video makes a simple statement about taking a stand, says The Wrecking's drummer Darren Elder. "How different would life be for most of us if our circumstances were met with love as opposed to fear or anger?" says Elder. "'The Sound Of The Resistance' is a song about deliberately taking a stand for truth, drawing a line in the sand if you will, while recognizing that our weapon is love."

Another song on the EP, "Our Feet Don't Touch the Ground," has been submitted to the producers of the soundtrack for the new Twilight movie, "New Moon." Nearly 10,000 fans have already voted for the song to be included in the film at www.TheTwilightSong.com.

"Twilight fans have been very supportive of the song," says Elder, "but the song was actually written after my uncle died of leukemia. I was holding his hand when he died, and it was clear that he was longing to be with his Savior Jesus and that he was embracing what was next. In the end the veil was very thin and it was evident that God was in the room. The song is consumed with the contention that to love is to hurt. It reminds us all it was not nails that held Christ to the cross, it was His love for us. "

The Wrecking's first national CD, A NEW ABOLITION, spawned two successful music videos, several radio singles, a nationwide tour and broadcast on several shows on MTV, VH1 and Spike TV. While the band is serious about music, they are equally serious about making an impact on worldwide atrocities such as child sex slavery and children of war. The Wrecking has been heavily involved with Love 146, International Justice Mission, ChildVoice and other organizations dedicated to helping improve the lives of children across the globe.

Here at home, the band's "One Shot"multi-media events featuring live music interspersed with film clips has been an enormously successful outreach to youth. Additionally, The Wrecking has shared the stage with Sanctus Real, The Afters, Skillet, Jeremy Camp, Ten Shekel Shirt and EleventySeven, among others. The band's cover of U2's "Get On Your Boots" was named one of the top 50 videos on YouTube, and the band has recently been chosen for the iTunes Essential Rising Stars-Christian collection along with artists such as Mandisa, Brandon Heath, DecembeRadio, and FM Static, among others. The band's current radio single, "You Remain," is in the top 5 on the Air 1 Radio network.

"We are eager to get these new songs out," says lead vocalist, Doug Elder. "We have been adding more and more of the new material to our live shows and the response has been great. THE CATALYST is another way to let people in on what's to come over the next year." Produced by Dustin Burnett, THE CATALYST EP will be available online at iTunes, Amazon, Rhapsody, Napster, and eMusic, among other outlets. For more information, visit www.TheWrecking.net. 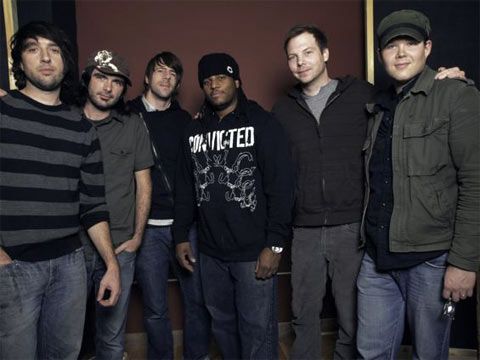 For more info on The Wrecking, visit the JFH Artists Database.