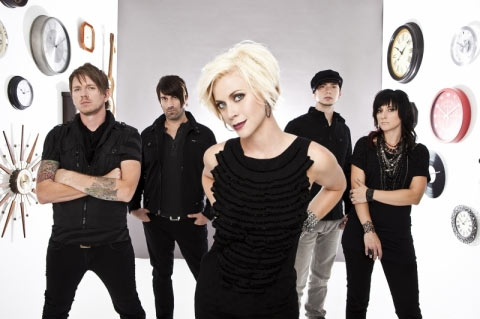 
WHO/WHAT:
Tune in and watch as Orlando-based rock band Fireflight hosts a LIVE Web cast revealing new music from its upcoming third album, For Those Who Wait releasing Feb. 9. Band members will discuss new songs and take questions from viewers.

WHEN:
THIS Friday, Nov. 20, the public is welcome to participate in a special webcast at 4pm!

HOW:
-Log on to above Web sites at the designated times
-Kyte chat will be live on the site
-To post a comment or question, simply type in your name and question in the chat box

About Fireflight:
Premiere rock band Fireflight continues to gain national exposure and acclaim, nominated for Artist of the Year at the 40th Annual Dove Awards, and performing at ESPNs Winter X Games 13,after being named Best of the Beat through Taco Bells inaugural fan-voted Feed the Beat contest. Fireflight will release its third album, titled For Those Who Wait on Feb. 9, as the new single Desperate is currently impacting Christian radio. Fireflight debuted with 2006s The Healing of Harms (Flicker Records), featuring two No. 1 rock singles, You Decide and Waiting.

The bands breakout sophomore album, Unbreakable, released in March 2008 and debuted at No. 10 on Billboards Heatseekers chart, following NBCs launch of the title track in network TV promos for Bionic Woman. Along with receiving stellar 5-star reviews, Unbreakable delivered two No.1 rock singles with The Hunger and the title track, which held the top spot at Christian rock radio for 4 weeks. Fireflights music has received national attention as a favorite of TV networks like NBC, ABC and ESPN, including ESPNs Winter X Games coverage, on E! Entertainments Style Network, and in music-video reels at both American Eagle and Journeys stores across the country. For more than nine years, Fireflight has remained tireless road warriors on the concert circuit averaging 140 shows a year. Fireflight is: Dawn Michele, lead vocals; Justin Cox, guitar; Glenn Drennen, guitar; Wendy Drennen, bass; and Phee Shorb, drums.

For more info on Fireflight, visit the JFH Artists Database.