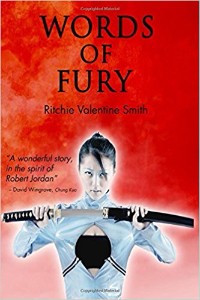 Writers of fiction, by the very nature of their work, create whole, encapsulated worlds within their words, and a whole cosmos between the front and back cover of their books. Their settings might be recognizable and down to earth, but the rules and norms of the world they've invented are totally up to the writer. In their world, what we know of as "normal" might be the opposite because of some event before the timeframe of that story. A house and neighborhood just like yours could be vastly different and operate by completely different standards of normal. This is the joy of writing, to imagine scenarios and stories that are as endless as your imagination and work ethic.

And for the writer of a fantasy or science fiction world, the creative stakes and opportunities are that much higher and greater. For this writer not only needs to create vast universes and people groups (for instance, the Star Wars universe, or the worlds of Harry Potter or Lord Of The Rings), but they need to explain the rules and norms of that created world while still maintaining a coherent and engaging plot. Perhaps there are multiple moons on a protagonist's planet, like Luke Skywalker's home world of Tatoonie, or a train that takes off from a secret platform for a wizarding school at the beginning of the school year. These details and nuances of your world not only need to be invented, but they need to be explained credibly if the average reader is to continue past the first chapter or so.

Ritchie Valentine Smith's Words Of Fury, the second book in his Words Of Power series, does an admirable job in continuing the massive world building and epic adventure that he began in Words Of Power. Smith takes a world that seems "realistic" on the outset (17th century, feudal Japan) and infuses it with both the mystical (the demonic, powerful arch-villain The Lord Of The North, a mystical singer, The Voice From Afar and a whole other host of colorful and magically imbued characters), and an alternative history "steam punk" version of the British Empire at its peak powers and influence. There are a lot of ingredients in this fantasy stew of Smith's, but the mash up of time frames (airplanes and other mechanical devices 300 years before their invention) is credibly done, and proves to be a fruitful setting for a rollicking good action-adventure novel that sometimes veers a little too close to overkill, but still manages to stay on course for its nearly 500-page runtime. Thankfully, Smith helpfully provides a detailed breakdown of places and people in the back of the book, and with this legend to the map, the reading of Words Of Fury (with its many characters and settings) becomes an easier task, and one that transports you to a far off time and space.

The mash up of characters in the fantasy, steam punk, martial arts and magical realms of the Words series brings to mind a Manga or Anime template, and the (at times) crowded plot lines and character arcs work as a whole decade's worth of those comic books or cartoons. In fact, the Words series is almost the "text" version of these kinds of story telling genres. And that's a compliment. Smith has an ear and mind for this kind of narrative, and with that background in mind, Words Of Fury reads as a dense, imaginative and epic tale of the hero Emmanuel (called simply "man" for most of the book) and his band of friends as they battle the many obstacles that pop up in tales of this sort. And, if taken a bit deeper, the journey of "Man" could be seen as the struggle of all mankind, orphaned and adrift (perhaps estranged and alienated from a holy God, as in the Biblical narrative) trying to make their way home.

If there was one small critique, it's that there is a decided lack of setting description as the action and scenes shift rapidly around. The dizzying movement of the plot, as heroes and villains trade chapters, would make for a sharp Anime or Manga (with visuals taken care of in other ways), but in novel form, there needs to be a little more time to let the scene "breathe," to establish where the action is and what it "looks" like. This allows for the reader to have a deeper level of immersion and connection with the world they're joining, one chapter at a time. But that's a minor quibble. Words Of Fury is a fast-moving, epic tale, full of lots of moving parts and characters, and fans of Game Of Thrones and other dense, epic series will finds lots to chew on here.

Perhaps Words Of Fury is a bit like the steam punk machines that populate its pages; there are lots of whirling parts in motion, and it may be a bit loud at times. But, in the end, it will surely take the reader on a great journey if they climb aboard.