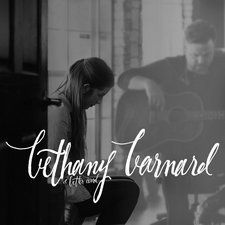 
There's a longstanding tradition of one party changing names when entering into a covenant. One of the oldest examples I know of comes from Genesis 17, when the Lord made a covenant with Abram and Sarai, after which He renamed them Abraham and Sarah. Some theologians suggest that they received the "h" sound from God's Hebrew name, Yahweh. This tradition is beautifully continued in our modern marriages by the bride taking the husband's last name; however, it has become commonplace, and perfectly understandable, for women who built a platform or achieved notoriety before marriage to publicly maintain their maiden names. It makes sense. No artists or professionals want to lose their name recognition...and especially not their Google-ability! Yet, risking these losses is exactly what Bethany Barnard, formerly Dillon, has boldly chosen to do with A Better Word, her first album since 2009, as well as her first album since becoming a mother of three. The covenants throughout Scripture are the theme that ties this record together, along with how God's covenant with man through Christ is portrayed in the marriage between man and woman. This, then, makes Barnard's official name change especially fitting for her long-awaited return to music.

It should be mentioned that Barnard's husband, Shane Barnard, has his fingerprints all over this record, including harmonies, guitar-playing, and writing credits on seven of the eleven tracks. Fans of the husband's worship duo, Shane & Shane, may chuckle at the end of "God Have Your Way In Me," which resolves with a staple S&S guitar riff. However, it might be even more important to mention that A Better Word is not a Shane & Bethany album, nor is it a Bethany Dillon album. A Better Word represents something brand new for the singer-songwriter, evidencing the many ways she's grown since showing up on the CCM scene as a teenager. Gone are the pop-rock leanings of her early 00's hits like "All I Need" and "All That I Can Do," and there isn't anything exceedingly experimental, either, such as 2007's "Come Find Me." She also does away with the wordy lyricism that stifled some of her early work, opting instead for a simpler and restrained approach. Barnard is so restrained, in fact, that she might threaten to lose listeners with the opening tracks, a pair of soft and slow-burning tunes that kick off the album about as unassumingly as possible. The first song, "My Soul Waits," starts with such spare instrumentation that it's nearly a cappella, leaving you gasping for more, awaiting a build that never comes, as Barnard repeats "On God alone, my soul waits" over and over throughout its five-and-a-half-minute duration. The atmospheric, meditative mood then bleeds perfectly into "Awaken Me." This "meditative" mood is representative of the album's experience as a whole, and if you're ready for it, it's a good thing. If you're a fan of Barnard for her pop songs, however, then make sure you at least get to tracks three and four, "Awake My Soul and Sing" and "God Have Your Way in Me," two of this set's strongest and most upbeat songs.

If seeing the back-to-back song titles "Awaken Me" and "Awake My Soul and Sing" is a red flag for you, fret not! It could be easy to fear that Barnard has succumbed to the trend of releasing worship music with nothing more to say than the next run-of-the-mill worship artist. What these overtly similar song titles actually do is clue listeners in to the themes that run throughout this very purposefully constructed album, ultimately culminating in the final two songs, "Covenant" and the title track. The first two songs are a humbling experience, admitting that true love can't be found outside of God and truth cannot be seen except within Him. It's a thematic overview of what's to come: songs which contain many difficult truths to practically believe and to live out by faith. Her admission in "Awaken My Soul" that her "feelings aren't the truth" leads into the bluesy "God Have Your Way," where she sings: "Every time I trust my own mind / I am wrong / God have your way in me / I don't want to have my own way / There's a way that seems right to me / But it leads to death." Next, on one of the album's most strikingly beautiful songs, "At the Well," Barnard admits her inability to accomplish anything without God's involvement, especially in evangelism, when she states, "I know I can't convince / Any heart it needs Him / He has to do it." On "Higher I Go," one of the album's most personal songs, Barnard confesses her ongoing struggles with pride in a relatable and profound fashion, showing off some terrific melodies set to a backdrop of strings and haunting synths. Little details, such as the way the instruments surprisingly drop off in the song's second verse, should tip anyone off that this isn't an album of traditional corporate worship songs. Also, the following song title, "High and Lowly," marks another example of the intentional thematic ties within the track listing.

No better songs could have been chosen to end this album than "Covenant" and "A Better Word," which look at the micro-covenant between Bethany and Shane before zooming out to see the macro-covenant between Christ and his bride. Barnard sings about the latter on "A Better Word," joyfully stating: "Your blood speaks of the covenant / For both of us you have kept / Betrothed to you in faithfulness / I am redeemed." The images in the song recall Genesis 15:17, where God took upon Himself both sides of the covenant He was making with Abram. "A Better Word" is the pinnacle of an album that never stops pointing to Christ as the only source for our hope, satisfaction and salvation; we must depend on Christ even for fruit in our evangelism and our marriages, as the couple so honestly admits on "Covenant." One verse succinctly displays these themes of human inadequacy while hearkening back to the lyrics of "Awaken My Soul and Sing": "Is it till death do we part / Or till a change of heart? / Feelings go so far / But where are we when they're gone?" It's a shame that the music of "Covenant" doesn't match up to its lyrics, with particularly stilted melodies in the bridge. Yet, even in places where the music is topnotch, this album's subdued style won't be for everyone. That's fine, as the main focus should be on the lyrics and Barnard's passionate delivery of them. The lyrics truly add up to something greater than the parts, with a faithful rendition of Keith and Kristyn Getty's hymn, "My Worth is Not in What I Own," fitting perfectly into the mix. All the while, Barnard's vocals blow all of her old recordings out of the water. Nearly eight years without an album has not kept Barnard from vastly improving as a vocalist, to the point where her performances in songs like "God Have Your Way In Me" and "There's a River" are downright impressive, calling to mind Laura Hackett Park's Love Will Have Its Day.

A Better Word is the work of a faith-filled woman with a clear musical vision, and it's also the work of a marriage that understands, as they harmonize together on "Covenant," that they "reflect the greater story of our King and His bride." Bethany Dillon fans may have to set aside everything they expected from new music--which might be particularly difficult for the 860 fans that backed this album's Kickstarter campaign--but what they'll find instead is something really special. These songs and these truths seem lived-in, which is probably the most we should be asking for from our worship artists.

Back in 2004, a 15-year-old Bethany Dillon burst onto the Christian music scene with a surprisingly mature pop/rock sound, her hit song "All I Need" leading the charge. After releasing a few albums, Dillon slipped under the radar, got married to Shane Barnard (of Shane & Shane), and had three kids. Years later, she is back with a new name, a new sound, and no label. Instead of diving back into her pop/rock tones of years prior, Bethany Barnard's latest release, A Better Word, finds her exploring the modern worship genre. The strings, acoustic guitar, and piano throughout the album foster a relaxing atmosphere, especially paired with Barnard's enchanting vocals. In fact, if there is one word to describe the music and lyrics here, it's "pretty." However, most of the tracks have a slow tempo, making this feel a little boring at times--especially for someone who doesn't normally listen to the genre. Those that make the effort to pay attention while listening through this contemplative album will find it to be a rewarding and encouraging experience. Though the lyrics are fairly straightforward, there is a clear and well-executed vision for the record, and Barnard displays a refreshing amount of honesty--especially on "God Have Your Way With Me" and "Higher I Go"--making this album feel both complete and relatable. If you like the slower worship songs from artists like Lauren Daigle, Hillsong UNITED, or Bethel Music, then A Better Word comes highly recommended. Highlights include the bluesy "God Have Your Way With Me" (available as a free download on our free music page) and the smile-inducing "Awake My Soul." - 3/18/17, Christopher Smith of Jesusfreakhideout.com