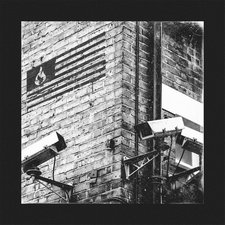 American Arson
A Line in the Sand


In 2019, a little-known, yet well-loved rock band called American Arson joined the Facedown family and gave us a measly two-song taste of what was to come in Rise & Fall. It was enough to whet fans' appetites, though, as have the singles they've been releasing over the past few months. Their first major label full-length is now here, and it does not fail to deliver.

A Line in the Sand is American Arson at their finest. The duo has a terrific chemistry, a great sense of melody...and they just rock. Much of the album gives off a Rise Against vibe - it's energetic and fast-paced rock & roll with gruff vocals that blend singing and screaming. The first half of the record is almost non-stop energy, with "Forever" and "Unbreakable" quickly becoming highlights of the whole album. "Let Conviction Grow," despite having some of the heaviest moments of the album, also adds in some spoken word, as does the closer, "The King Is Alive." And while it's easy to talk about how enjoyable it is to just hear AA's brand of driving rock music, I'd be remiss to also not praise the duo's musicianship, particularly Jesse Gentry's drumming. It's simple and fast when it needs to be, but when the song calls for something more complex, he doesn't fail to deliver.

A Line in the Sand makes use of its 38-minute runtime to address a number of topics, all of which are relevant to today's culture--not only spiritually but politically as well. As outspoken believers in Jesus, we're of course treated to some Christcentric songs, like the highlight "Unbreakable" and the truly epic "The King Is Alive" ("I fell to my knees with 'Hosanna!' on my lips and 'Hallelujah!' in my heart / and I knew You'd been there all along / through the gray and the black, for the darkness is not dark to You / the King is alive, the King is alive / long live the King!"). But, in true punk rock fashion, AA also gives us songs like "Drop Your Daggers." This anthem comes at what certainly feels like the most divisive time in American society, and the band isn't afraid to give their insights. The second verse is great, and a verse near the end serves as a call to unity ("Brother, sister, let's unite / drop your daggers, leave the fight / our real enemy is neither left or right"). "Unbreakable" is a reminder that God's love surrounds us regardless of the circumstances that might make us feel otherwise, and "Let Conviction Grow" really is a convicting song that brings to mind Jesus' words about how what we do to the least is what we do to Him. It can be a hard song to listen to, but it's an important message.

There's not much to complain about here. A few of the tracks have some glaring similarities at times, and some instances felt like they could've benefitted from having another layer or two of instrumentation. But, minor inconveniences aside, A Line in the Sand is a terrific rock album that's a sure contender for my end-of-year list. I'm super excited for American Arson to have made their way into a bigger spotlight and I hope this is just the beginning.