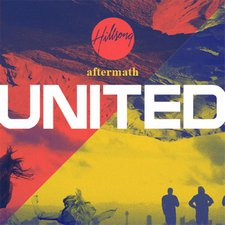 When Jesus said, "Go and make disciples of all nations" it must have been difficult for the early Christians to fully comprehend ALL nations. Or perhaps their faith was so strong that it wasn't difficult at all - Jesus said do it, so it must be possible. If there is one group that is walking in that great commission continuously it is Hillsong United. Spreading worship songs and social justice all across the earth, they've become a force to be reckoned with. However, with recent releases, they've been inclined to sounding the like the same album just with different cover art. Whether it's Hillsong's formulaic approach to songs or the lyrical lack of creativity the last few albums have kind of been more or less duds. But this time, they're back in the studio; allowing the full caliber of the Hillsong United creative team to take the lead. Nevertheless, listeners, when approaching this album you must ask, "Will the latest Hillsong United release offer anything new?" Let's look at what's found in the Aftermath.

The album begins with the light anthem "Take Heart." While I would normally jump to saying that a soft song is not the way to start an album, it definitely fits the bittersweet theme. As the song progresses, it adds on more and more layers of instrumentation and vocals, giving the track an epic climax and concluding with a beautiful string arrangement. Thus, for an opener, it was very successful. This is followed by the upbeat but thump-thump driven "Go." It's a classic Hillsong fast praise song with synthesizers and clapping. It will undoubtedly be a track that youth groups might come to know well but not anything we haven't heard before - still we keeping going back to purchase.

"Like an Avalanche" brings the listener back to the soft and intimate side of United. The track resembles previous songs such as "Desert Song" and "Hosanna." As stated earlier, it's nothing that hasn't been heard before but keeps the listener returning. "Rhythms of Grace" continues in the same trend. While the track has a great message of accepting and living out a life of holy grace, it lacks the rhythmic feel that I honestly think would enhance the song's effectiveness. Nonetheless, the bridge is full of musical genius with a drum and piano duet and a pinch of ambience.

The next two songs are honestly the album's true standouts. "Aftermath" features the overdue return of worship leader Marty Sampson. With Houston's beautiful composition combined with Sampson's unmistakable vocals, the song is truly one of the greatest offerings of worship to date; Sampson sings, "Freedom found in Your scars. In Your grace my life redeemed. For You chose to take the sinner's crown. As You placed Your crown on me. In that moment of glorious surrender. Was the moment You broke the chains in me. Lifted out of the ashes. I am found in the aftermath." While it might not be a typical worship song, it is a very intimate love song to the Lord acknowledging his suffering and sacrifice. The song concludes with an instrumental tag entitled "B.E."; while it's a separate track, it's basically the wrap-up to its predecessor. Keeping in the stream of creativity, we are given "Bones." Even though it opens with a synthesizer sound straight out of 1985, it metamorphosizes into something reminiscent of Imogen Heap and/or Enya. If that sounds like an insult, it's not! It's worship music with flair. It also has a call to allow Christ to bring our dry bones back to life.

Sadly, the creative wave does not last forever. "Father" is a well-crafted song, but it's so wordy that it makes it difficult to listen to without wanting to skip to the next track. If you make it through to the end, you'll be pleasantly surprised, but it's probably not a song that a church will pick up quickly. "Nova" and "Search My Heart" are two songs that suffer from the same problem. The song doesn't really shine until the bridge. What these songs offer is transparency and honest cries to the Lord for simply Him. However, in between these two so-so songs is a gem: "Light will Shine." This is one that the Hillsong United crew should be proud of as it features a killer bass line and a very catchy chorus. In the area of fast praise music, this song elevated their group's skill to a whole new level.

Unfortunately, the same cannot be said of the conclusion of the album, which is a shame, because it's the only song featuring gifted worship leader Jad Gilles as they cover Chris Tomlin's "Awakening." It's already a song that has been done on two recent releases and sadly this cover didn't improve what was previously recorded. It has too much synth and not enough passion.

Overall, does Aftermath have something to offer? Is it the same ol' same ol'? At points, absolutely! But this offering definitely shows glimpses of brilliance, pure worship and a broadening of the creative horizons. For churches it might not offer what previous releases did, but it might influence a little bit of change. Hopefully Hillsong United will continue to venture a little further out on the creative sea, nevertheless, with this release they do continue prove why they are a force to be reckoned with.

The latest in a string of albums from worship group Hillsong United is hitting the States pretty early in 2011. It's called Aftermath, and this time around, they've chosen to record it in a studio instead of live at one of their conferences (only the second time they've done so). What does this mean for the listener? Well, for worshippers, it could still be some great worship - possibly better as there's no loud and distracting cheers and whistling from the audience in between songs. And for music fans? Quite surprisingly, there's a bit more to chew on as opposed to the average Hillsong shtick. The bio for this album states that the bandmembers have taken the last two years to challenge themselves both musically and lyrically. And it seems it's paid off somewhat. While Aftermath is nowhere being considered great, they seem to have taken it up a couple notches as far as songwriting. Of course, "Go" is the stereotypical, cheesy anthemic youth group rocker that, lyrically, contains mostly fluff, but "Take Heart" (the longest song on the album, which at seven minutes and thirty-eight seconds is rather short for a Hillsong ballad) has some well-played guitar and sets the album off in a slow but appropriate mood. "Bones" features some nice synth that reminds me of the 80s (not poppy, though, as it's another slow song), and the "B.E." interlude is a pretty organic instrumental piece that fits well for its placement on the tracklist. The main thing that has improved significantly is the music. Their lyrics still seem to be pretty standard Hillsong material. I mentioned the lack of substance in "Go," and "Light Will Shine" is definitely 100% post-consumer material. So I would love to hear some more work on the lyrics themselves. Of course, the message throughout the album is wonderful, it's just the words expressing the message that aren't fresh or exciting. Overall, Hillsong has still not achieved anything musically outstanding, but with Aftermath they've taken a step in the right direction. May they keep challenging themselves to grow as artists and strive to create excellent music to glorify the Lord. - Scott Fryberger, 1/25/11