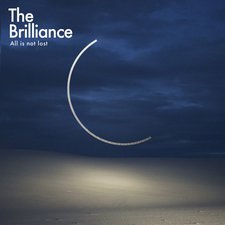 The Brilliance
All Is Not Lost


The word "epic" was ruined several years back; it descended into the abyss of describing the mundane flavors of fast-food and became the title of American church conferences. A beautiful and powerful word was degraded to a low-level descriptive buzzword. All that having been said, epic is quite possibly the most appropriate word to describe the latest offering from The Brilliance. All Is Not Lost is a musical adventure from start to finish; challenging musical tastes and tightly-held convictions.

Where Brother felt more minimalistic, the band's sophomore effort is layered with fuller instrumentation and various styles. Some amazing highlights are "See the Love," "Turning Over Tables" and "Who Is Jesus." Musically, the eclectic style of "Hear Our Prayers" features an incredible 80's synth-driven melody that is reminiscent of WHAM or early Michael W. Smith. While some might be confused by that, any love of Smitty's Project will be gladly surprised.

Communicating a clear social mission, "Will We Ever Rise" is ironically titled as it encourages the listener to rise over their fear. What sounds like a call to arms is actually a call to drop them as he sings, "As we lay down our weapons, open up our hearts." While it is never wise to assume what an artist may be saying, the fellas in The Brilliance have been known for their bluntness.

Concluding the album is the hopeful title track: what starts as digitally melancholy evolves into stripped-down gospel. Lyrically, it pleads for the rest and peace found in the gospel and musically is complemented. Considering the climate of American culture, this track really creates the image of bridging the divide that separates so many people today.

There is a beautiful irreverence that shines off the art of The Brilliance. The band is typically not concerned with attracting the masses by stroking the comfortable and familiar. On the contrary, they rest in the uncomfortable and awkward. The music is uniquely rich and they communicate truth in a wild yet mildly tamed manner. All Is Not Lost is a wonderful example of their maturation and growth, and fans of their debut should find themselves pleased with this sophomore effort.

In a worship world built on the big and anthemic, the duo of David Gungor and John Arndt went the small and subtle route with their 2015 Integrity Music debut as The Brilliance. It was one of the few worship albums made in recent years that truly had listeners begging for more (partly thanks to its more innovative approach, but also partly due to its semi-unsettling minimalism). For their sophomore effort, All Is Not Lost, the duo demands more attention and challenges the conventions of a "worship album" even more than their debut did. First, there is the texture of the album overall. From song to song, Arndt and Gungor bounce from one influence to another, mixing gospel flavors ("Turning Over Tables") with 80's synths ("Hear The Prayers"), from indie stylings ("Holy Holy") to Sunday services ("Gravity of Love"). Those that doubted the duo's versatility with the minimalism of Brother can lay those concerns to rest; for certain, All Is Not Lost has a more layered sound than Brother, which makes it more likely for commercial success. But commercial viability is one of the last things that comes to mind when I listen to songs like "Will We Ever Rise" or "Who Is Jesus." Artists, critics, pastors, and laymen alike all love saying that worship is a lifestyle, but these may be the first songs I have ever heard that advocate social commentary or questioning the nature of God as acts of worship. This type of subversion has rarely, if ever, been achieved by even the greatest worship artists of years past. The biggest problem with the album is probably the awkward juxtaposition between the duo's obvious artistic ambition and their mellow stylings. It is a tall task to try to say as much with your music as bands like Kings Kaleidoscope while maintaining an atmosphere similar to a singer-songwriter. But that weakness is also what makes this album so unique and worth listening to. - 2/24/17, Mark Rice of Jesusfreakhideout.com

Following their critically acclaimed debut, All Is Not Lost finds the liturgical duo on more experimental grounds while retaining the melodic style and minimalist production that made Brother a 2015 highlight. Unfortunately, the album struggles to balance experimentation and cohesion. "Gravity of Love," the gorgeous ballad "See the Love," and the worshipful "Holy Holy" are familiar standouts that could have been taken straight from their debut, while songs of a more eclectic nature ("Hear Our Prayer" and "Who Is Jesus") often feel alien and abrupt. All Is Not Lost is a good record, but a jarring flow and a few underwhelming songs keep it from being a great one. - 1/26/17, Lucas Munachen

Two years ago, when Integrity Music debuted their new artist, The Brilliance, I was floored. A label whose music I largely ignored had just caught my attention with this artful indie pop duo. Now The Brilliance has done it again with All Is Not Lost, though this time around, they are a bit more radio friendly, even including a surprising amount of gospel music. The title track is a great example, as is the delightful "Turning Over Tables," which features a jaunty, piano-led beat that almost sounds, dare I say it, like something you'd hear Jay-Z rap over in a New York-themed song. Now, there is still some slightly abstract experimentation; "Will We Ever Rise" and "Who Is Jesus" are both very Brother-esque, and "Hear the Prayers" has a strong 80s vibe, but a lot of All Is Not Lost is apparently aimed at a larger crowd than their previous work. This isn't a bad thing, though, as The Brilliance hasn't sacrificed quality. Highlights of this album include "Turning Over Tables," "Will We Ever Rise," and "All Is Not Lost." - 10/9/16, Scott Fryberger of Jesusfreakhideout.com