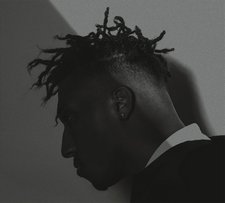 Lecrae
All Things Work Together


It's not easy being one of the best. In today's society, you know something unique has happened when a musician lands multiple Dove and Grammy Awards. For 37-year-old Christian rapper Lecrae, the road has been full of many ups and downs. As an artist, his natural skill immediately delivered to him a more diverse and secular audience, despite his unashamedly Christian-centric message. Being put in such a position leads to many challenges and responsibilities which aren't easy to juggle. It's no secret that Lecrae has recently found himself entangled with some controversy, having recently used his platform to speak out about social issues. This latest release doesn't shy away from such topics, and in what has been billed as his mainstream push, All Things Work Together presents its listeners with some serious conversations.

One of these, which has been discussed long before this album's release, revolves around some of the guest artists featured on All Things Work Together. Most Christian artists choose to collaborate with other Christian artists, but "Christian" is perhaps one of the last words that would come to mind upon glancing over the guest features. It's worth noting that strong arguments can be made for or against Lecrae's approach on the album. On one hand, it potentially helps introduce secular listeners (and the artists themselves) to the message of the Gospel, allowing Lecrae an opportunity not afforded to most. On the other hand, it could be seen as endorsing artists who blaspheme God and celebrate sin through their music. For the purpose of this review, acknowledging the tension is a necessity, but taking a position falls by the wayside, and the merits of these guests' previous works are not accounted for in the following.

All Things Work Together kicks off with "Always Knew," a smart track which clearly defines Lecrae's allegiance: "Listen, I know God did it, can't take the credit / paid off all of my debts, but I still feel so indebted / been all over the world with these songs I wrote / my life story oughta to give y'all hope." While there are hints of social justice issues being addressed ("still killin' over colors, now it's black and blue / we dyin' every day, B, we just don't make the news"), that aspect doesn't really kick off until "Facts." As he raps about the struggle of walking between different worlds and representing his faith, he brings to the table his own perspective, which might catch more than a few listeners by surprise. Lecrae needs to be genuinely listened to here, especially by Evangelical Christians. That isn't to say that he's uniformly correct on all issues, but instead that his concerns need to be heard and fairly addressed. Lines such as "you grew up thinkin' that the Panthers was some terrorists / I grew up hearin' how they fed my momma eggs and grits" should indeed jar listeners and initiate healthy discussion.

"Blessings," one of the album's more talked about songs (mostly due to the fact that it features Ty Dolla $ign) doesn't come across as anything particularly special, but "Whatchu Mean (feat. Aha Gazelle)" helps make up for the previous track's shortcomings. It has some witty lyrics, a crisp vibe, and isn't too self-serious.

Boasting fourteen tracks, the album feels ever-so-slightly bloated, but there are a handful of very good pieces. Most of these are found on the latter half of the album. This section is a little more accessible due to the overt pop influences, but it also seems to contain more of Lecrae doing what he does best. "I'll Find You," which features Tori Kelly, creates a healthy mix-up and holds a great tune. The contrast delivered by Kelly's voice helps bring some much-needed diversity to All Things Work Together.

"8:28" is essentially the album's title track, as it refers to Romans 8:28 ("And we know that in all things God works for the good of those who love him, who have been called according to his purpose." NIV), where the album's title is derived from. This is a lovely piece and is easily an album highlight, as well as its follow-up, "Cry for You." Featuring Taylor Hill, "Cry for You" helps to create a deeper texture on the album, with excellent vocals and lyrics which are poignant and point to the human condition, as well as its solution: "Praying for an intervention, feeling guilt and feeling shame I just call on Jesus name / praying daily, can you take away this pain? Take the thorn away / still, it remains, I feel the same, I know that I'm here, but still feel insane / satan would love to see my give up and throw up my hands / he say I'm guilty but You say I'm clean." Lecrae closes the album with "Worth it," which features Kierra Sheard & Jawan Harris. It's a solid, gospel-infused (as in genre) offering, but doesn't carry as much weight as the previous song. Swapping the final two tracks would have helped heighten the album's impact, but part of that is likely related to preference.

In the end, All Things Work Together is a middle-of-the-road album. Without validating every aspect of its message, it does communicate a perspective which needs to be heard by Christians, whether Black or White, Evangelical or Catholic, American or not. But "black or white" seems to also be one of the album's greatest hindrances, too. As was addressed earlier, Lecrae introduces a sort of "new persona" for the album's set-up, where he illustrates the difficulties of walking between two worlds. This is fair enough, but throughout the album, he undermines his own approach by treating a multitude of socio-political issues with an all or nothing, right or wrong, or, dare I say, black or white application. Ultimately, the album is not as subversive as it thinks, and much of its construct seems to rely on this meretricious assumption.

A crucial question to ask is "who is this album for?" All Things Work Together is liable to create a divide between Lecrae's existing fanbase, although listeners who have followed him closely in the last two years shouldn't be too surprised by this shift in focus. Fans of rap/hip-hop should give the album a spin, as should those who can enjoy discussions surrounding social issues without stressing out. The greatest concern with Lecrae's digression isn't in relation to his politics, but how he addresses Christianity from what is now a platform for a largely secular audience. There is a valid concern to be had with this approach, and whether it serves to edify and strengthen the Body of Christ as a whole, or just Lecrae. Unlike most of his Christian contemporaries, Lecrae is intentionally moving towards the mainstream market, which will inevitably (and rightfully so) subject him to harsher criticism from both sides. He was long-hailed as the "best" Christian rapper, but only time will tell how well he holds up against the greater market.

I have been hearing that Lecrae's newest album, All Things Works Together, could potentially create some tension among believers and carry some controversy, but maybe I'm getting old or something, because I don't really see it. Lecrae truly speaks about what's on his mind in All Things Works Together, and he is very honest about his views on multiple political and social issues. Perhaps people could take issue with the album because of that, or maybe it's because he allows more than just fellow Christians to rap alongside him. In my opinion, however, rap is an art and Crae has released what's on his heart.

Tracks like "Always Knew" and "Facts" speak strongly on the constant criticism the rapper receives, and songs such as "Blessings" and "I'll Find You" offer some great perspective and encouragement to have a positive focus. Throughout All Things Works Together, the production is hot, Crae spits fire, and most tracks are worthy to be on any Reach release. Personally, this doesn't compare to Real Talk or Anomaly, but I can see myself bumping this for a long time to come. - Kevin Hoskins, 9/22/17

Lecrae has recently come into an incredible opportunity that most Christian artists never manage to see; despite his outspokenness as a believer in Jesus, he's been signed to a major label and will now receive a mainstream push in addition to his Christian music push. His first effort since the signing comes in the form of All Things Work Together. Lecrae's sound remains relevant to what the industry in producing, taking the style he's well-known for and mixing it with classic hip hop, trap, and a little bit of mumble rap. Unfortunately, that last one creates for a very weak middle portion, causing me to skip over "Broke," "Blessings," "Whatchu Mean," and "Hammer Time" on each subsequent listen. But Lecrae does bring it in tracks like "Always Knew" and "Come and Get Me," and the slower, more worshipful moments like "I'll Find You" and "Worth It." Those concerned that Lecrae was going to shy away from proclaiming the Gospel will be pleasantly surprised to hear him talk about his faith in Jesus throughout the whole record. All Things Work Together may not be among Lecrae's best albums, but it's bringing a message of hope to a world that desperately needs it. - 9/30/17, Scott Fryberger of Jesusfreakhideout.com

Lecrae's talent within the the Christian Hip Hop scene has never been in question. Each of his first seven albums continued to build on the success of the previous, and Anomaly even got him a few appearances on The Tonight Show with Jimmy Fallon. On this his eighth release, All Things Work Together, Lecrae takes a step of faith outside the comfort zone of CHH in an attempt to further reach into the mainstream world of hip hop. For me, it's a mixed bag, as I ended up liking roughly half the songs with "Facts," "Watchu Mean," "Hammertime," "Come and Get Me," "Can't Stop Me Now" and "I'll Find You" being the standout tracks. The production is great throughout, the messages are pointed but grace filled, and the guest artist features shine, especially Tori Kelly's on "I'll Find You," which is this reviewer's favorite overall song on the album. Long time fans of Lecrae will find much to like, and there's a great possibility that many new fans will jump on the Crae bandwagon. All Things Work Together is certainly not Lecrae's best work, but it is a solid hip hop release for 2017 and a fine addition to his discography. - 10/12/17, Josh Balogh of Jesusfreakhideout.com