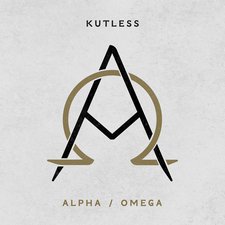 
Even since the turn of the millennium, a disproportionate number of Christian artists have originated along the Pacific Northwestern I-5 corridor. From central Oregon to Seattle, many of these names helped bolster the Christian Rock industry and helped to propel Tooth & Nail to fame. While there are several artists who immediately come to mind, Kutless easily falls among the most prominent examples. Having released a fantastic self-titled debut in 2002 and moved more week-one records than any prior BEC artist, Kutless had a bright future ahead of them. It was even bright enough that they were able to land a label deal for their high school friends in Falling Up, though one record later saw the two bands take a very different path. While Falling Up went on to become arguably one of the most creative bands in the industry, Kutless exhibited a decline in originality with each passing album.

While the album sales have remained steady (due to overexposure on CCM radio) with every Kutless release, this hasn't necessitated or reflected genuine quality. As the band progressively (or perhaps aggressively) moved towards worship music, many fans pushed back. Over the years, Kutless frontman Jon Micah Sumrall has repeatedly decried "rock music" as representative of immaturity. What seems to have been forgotten is that Sumrall was truly a good musician and strong lyricist. In embracing an endless amount of covers of songs already often heard on the radio, these talents have been placed on the backburner.

With each subsequent offering, the hope of hearing a truly great Kutless albums grows a bit farther away. Alpha / Omega, the band's 2017 project, only furthers this trend. The 10-track album is an extremely precise, cookie-cutter rendition of albums (and songs) we've already heard. It kicks off with "Your Great Name," which is pretty much par-for-the-course. Unfortunately, things quickly spiral downward when they attempt to pull off an ill-advised cover of their own 2005 hit, "Strong Tower." Regardless of your opinion of the original recording, it's hard to argue that this redux is better in any way.

One of the enjoyable songs on the album is the cover of John Mark McMillan's "King of My Heart." While it doesn't deviate significantly from the original, it does pack a rockier punch, and the inclusion of the outro overlayed with the final chorus is a tasteful touch. "You Are Love" is also one of the album's better tracks, boasting a moderately catchy melody, but hardly resembling something extremely original, "Let His will be done at the greatest price / You gave Yourself as a sacrifice / You are, you are Love."

Most of the other songs are covers of various CCM pieces, or at least use lyrics of established hymns for a foundation (example being "Gave it All," which is actually a pretty decent offering). Nearly every single piece on this album feels mechanical, contrived, and wholly unnecessary. It's hard to be critical of worship music; in no way do I doubt the sincerity of the band or their heart for worship. From an artistic standpoint, however, this album just doesn't hold up well. The unfortunate truth is that Alpha / Omega carries with it almost no heart or soul, choosing instead to simply go through the motions. The type of magic lacking here is especially difficult to conceive when bands are performing covers; music which is not their own. (Or in the case of "Strong Tower," music which is their own.) For some unknown reason, Kutless remains determined to focus chiefly on "creating" music which falls outside of their scope and talent. This stubbornness is taking away something special from both the industry and listeners alike, which is a true shame.

Two years ago, Kutless treated fans to a surprisingly solid return to form with Surrender. It showed fans who missed their harder rock edge that the band was willing to play with their roots a little and they sounded the best they had in years. How do they follow-up on such a promising record? Alpha / Omega is our answer, and for a band so dedicated to releasing music that longs to glorify God, calling it the most redundant album of this year is a painful admission. One needn't be even an experienced critic to see how this album lacks any musical purpose. Six out of these ten tracks are outdated covers, among them the barely changed reprise of "Strong Tower." The remaining four are originals devoid of any musical innovation and lyrical substance. With songs like "Treason" and "Beyond the Surface" behind them, it only saddens me to see the band constantly sell themselves this short. - 11/8/17, Lucas Munachen of Jesusfreakhideout.com