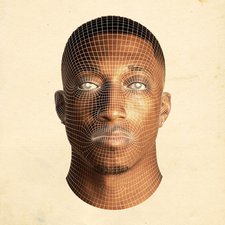 This past decade, Lecrae Moore has grown into Christian Hip Hip's greatest ambassador, leading the charge of the genre into the mainstream consciousness. With Christ-centered raps and production that could stand toe-to-toe with any popular rapper, Lecrae has shot up the charts with each release, his album Gravity pushing out over 78,000 units in its debut week in 2012. And the phenomenon is not just limited to Lecrae either; more and more Christ-centered rappers are selling albums at a higher rate than ever before. Perhaps nothing can better explain how much hip hop (and indeed, Lecrae himself) has pushed the boundaries of the Christian culture by the fact that each of his first three singles from Anomaly ("Nuthin," "Say I Won't," and "All I Need Is You") charted in the top five (two at number two) of the Billboard Christian Songs chart, which has been dominated by pop and AC for as long as the chart has existed.

It is into this context, one of meteorically-rising popularity, that Lecrae puts out his 6th studio album, Anomaly. Expectations are obviously high, and Lecrae has consistently been meeting them, and to make a potentially long story short, Anomaly is no different. Few would have any argument that the production, raps, collaborations, and Christ-centered message of Anomaly is anything less than what we have come to expect from the talented rapper. That said, much like where Gravity fell rather short, it occasionally seemed too much like the messages and production gave a "been-there-done-that" feeling. Not that the messages and/or production aren't good, but they seemed kind of stale ("Outsiders," "Say I Won't," "Wish," and "Give In," were all culprits of this to some degree). On a side note, Lecrae isn't the only one that this is seeming to happen to, as I am seeing it more and more in popular CHH, and I fear that the future of the genre may match the stale radio-single AC pop/worship state of Christian music today. This would especially be a pity, as I have come to believe that popular Christian Hip Hop has become the subsection of Christian music that is best telling both Christians and non-Christians alike what they need to hear.

An example of why I have come to this belief is "Welcome To America," a song every bit as sobering as the controversial "Church Clothes" from his hugely popular mixtape of the same name. In this song, laid on top of world music/choral beats, Lecrae takes on the personas of a wayward youth, a veteran, and an impoverished foreigner, each of them dealing with the message of their perceived worthlessness perpetuated upon them by the American culture. In particular, the account of the impoverished foreigner, a sweatshop worker who is enchanted with America, is the most heart-wrenching. "Dirty Water" is another song with a hard-hitting message, with the second verse being most notably vehement (where it is worth mentioning that Lecrae uses some strong language in context). The lead single "Nuthin" also deserves attention, a banging track where Lecrae condemns talking about the same-old-thing as equivalent to talking about nothing at all (a great but ironic message, considering my criticism from the previous paragraph). Other secondary highlights abound (though in the case of "Runners," perhaps only because of it's enjoyably cheesy humor), but perhaps the strongest feature of the album is the finish with the depressingly melodic "Good, Bad, Ugly," Kari Jobe's angelic contribution on "Broken," and the irresistibly catchy for KING & COUNTRY feature on "Messengers."

I supposed I should make sure not to overstate myself with my criticisms regarding staleness, as subsequent listens and closer evaluations unveiled greater depth even to those tracks I found wanting. In that regard, this is an album that deserves as many listens as necessary to get to appreciate it. One also cannot fault Lecrae for consistently trying to make the best album he can possibly make, as even when he falls short, he is still admirable. Anomaly is undoubtedly a step up from Gravity, and others may indeed justify this as Lecrae's best work, though I personally wouldn't go so far. But Anomaly is without doubt well worth the time and effort of any Hip Hop fan, Christian and non-alike.

The ever-prolific Lecrae is back again with his newest album, Anomaly. Lecrae rarely disappoints fans with his albums, but Anomaly is a different animal than what folks are used to hearing from the rapper. Perhaps it's an artist attempting to mix things up a bit, but Anomaly just feels a little disjointed when compared to his other works. Lecrae typically opens big, but instead keeps it low key with "Outsiders" this time. In fact, "Nuthin" is the only big hitting track (musically) present aside from the bass-heavy "Dirty Water." Another point of contention is Lecrae's tendency as of late to rap personal politics. While Derek Minor's "IGWT" focused strictly on the sad state of our country, Lecrae's "Welcome to America" takes on a different approach as Crae weighs in on immigration reform in the final verse as he raps about the plight of a foreign sweatshop worker who is denied access to America. While any artist, or person, is welcome to their opinion on any given political matter, I don't think fans should have to pay to hear it. Anomaly isn't a bad record, but it's nowhere near close to the top for Lecrae. There are definitely some deep and hard hitting messages, but much of the album feels recycled and forced. Not that the music or lyrics were necessarily forced, but that album itself was forced out for the purposes of having a 2014 release (Lecrae has had an LP, mixtape, or both come out every year since 2010 for a total of six). "Nuthin," "Fear," "Dirty Water," and "Wish" make it interesting, but with two of four guest spots being pop artists, an overall strange flow, and some hoary material make Anomaly what it is: an entertaining, but slightly uneven record. I don't think Lecrae has lost any steam, but perhaps, instead, Lecrae has raised the game of his counterparts to the point where he doesn't stand out as much as he once did. Anomaly will undoubtedly be enjoyed by hundreds of thousands of people, but for me it could've been much better. - Review date: 9/8/14, Michael Weaver

Between mixtapes and studio albums, Lecrae has been busy putting new music into fans' hands on a yearly basis since 2010 (and every two years before that). The most recognizable name in Christian hip hop is making his mark in the mainstream hip hop world as well, and he makes that mark bigger in 2014 with the highly-anticipated Anomaly. Lecrae has grown as an artist over the years, and Anomaly is a solid album that showcases his increasing talent on the mic as well as beats that shy away from "that Reach Records sound" a little more. There are some clear standout tracks here, such as "Welcome To America," where Lecrae goes on the offense using satire to point out the flaws and hypocrisy of American culture, and "Timepiece," which talks about the uncertain amount of time we all have on Earth and the importance of getting your life right as soon as you realize what's wrong with it. Most of the weak spots come in the form of sections of songs, such as the hooks for "Nuthin," "All I Need Is You," and "Good, Bad, Ugly," and in the latter two, it's just the female vocals that are weak. It's also odd that the album ends on a rather poppy note. I know it's a trend in Christian rap (of this style) to include Christian pop and contemporary artists for some strange reason, but I feel it's an overused and usually uninspired trend. Fortunately, the track with Kari Jobe, "Broken," works pretty well. But the album's finale, "Messengers," which features pop group for King & Country, feels completely out of place on this album, and its omittance would've made the overall product a little stronger. Anomaly is a strong product, but it's not without its flaws. It's not Lecrae's strongest effort, or even the strongest hip hop album of the year, but it's well worth the purchase. But be warned: this isn't Lecrae as usual. Though he's always been a missionary, he's started gearing his lyrics more toward confronting the world, so don't be surprised if you end up feeling a little challenged or convicted. - 9/8/14, Scott Fryberger of Jesusfreakhideout.com

Anomaly finds the rapper at the pinnacle of Christian hip hop at his own creative zenith. Lecrae's known for well-executed themes on previous releases, sometimes to the point of excess that gets a little tired. The theme here, what it means to be an outsider in the world, is ideally suited to a full-length exposition, and it's brilliant. Opening strings and, later, horns, world beats, and loops evidence strong production, but as it should be, it's the lyrics that stand out. When Lecrae is angry, he taps into a core strength of hip hop and uses it to positive effect. There is an LL Cool J feel to songs of both self-conviction and church-conviction. But there's also levity (just try not to laugh at "Runners"), praise, and proclamation.

When Christian rap is done this well, it's a gem. There's no self-aggrandizing, no "Sucka MC" distraction. Instead, the form gives freedom and space to dig and explore. Here's a contrast to illustrate the point. DC Talk changed the game in Christian music with Jesus Freak, ironically by shifting from rap to rock. A standout confessional song, "What if I Stumble?", explored the allure of celebrity and its temptations. Today, as Christian rap flourishes, Lecrae tackles the same questions on "Fear." But where DC Talk were only able to offer up fairly simple worries, Lecrae is able to mine the topic and leave listeners with much more to consider, "What's after I can capture all this mess my heart was after? Will I end up empty-handed when I stand before my master? Did I master the mathematics of a passive disaster? Add in my selfish ambition, All the while, subtracting what matters."

Anomaly's collaborations (Andy Mineo, Crystal Nicole, Kari Jobe, for King & Country) are well-executed and add important variety, and "Messengers" in particular flat-out rocks. The two closing tracks should serve to broaden his audience even more, and with a message like this, as well-executed as this, that's a very good thing. - 9/8/14, Mark D. Geil of Jesusfreakhideout.com

Solidifying himself as the best rapper associated with the Christian music scene, Lecrae has become a household name and has set the bar extremely high for himself with each new piece of music released. Anomaly is an album that reaches that proverbial bar. Standout tracks like "Good, Bad, Ugly" and "Fear" speak some of the most depth around in hip hop today, while "Nuthin" and "Say I Won't" are stellar rap tunes for all to enjoy with superb beats and unmatched lyrical flow. Not to mention the unique collaborations with artists like Kari Jobe and For King & Country which all turned out awesome. All of that said, there are a few missteps ("Dirty Water" and "Timepiece"), and this isn't Lecare's best work ever, but overall, you really can't go wrong picking up this album. - 9/5/14, Kevin Hoskins of Jesusfreakhideout.com