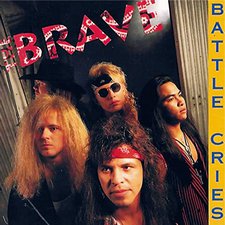 
Many a self-proclaimed music expert has dismissed the '80s hair metal phenomenon out of hand, claiming that all the artists who belonged to the genre were, when all was said and done, pretty much interchangeable. In fairness to that theory, the lion's share of the bands who came into prominence during that era certainly possessed a distinct set of instantly-identifiable musical and visual traits - helium-voiced vocals, thundering percussion, heavily compressed guitar tones, and a look that would keep the folks at Revlon and Aqua Net smiling about their bottom lines for the foreseeable future. Be that as it may, to casually declare that any one pop-metal group was no better, and no worse, than any other was simply not true.

No need to tell this to producers extraordinaire John and Dino Elefante, who, by the dawn of the '90s, had helmed career-defining releases from mega-popular artists like Guardian, Barren Cross and Petra. It was during the beginning years of that decade that they took a chance on an unknown budding Southern Californian quintet, The Brave. On the surface, the band's debut album, Battle Cries, sounds pretty much like the typical record put out by any of the legions of arena-ready rockers who plied their trade during the years of the senior George Bush's administration. A closer examination, however, reveals the subtle distinguishing facets of the impressive freshman outing that elevated it above its contemporaries - tighter harmonies, a slightly more varied sonic palette and, most importantly of all, absolutely indelible melody lines that remained lodged deeply within the given listener's subconscious long after the disc stopped spinning.

The record placed a half dozen cuts on the Christian Hit Radio and Christian Rock charts, and listening to it all these years later, it's not hard to see why. "All Together Now" leaps from the starting gate, awash with a mesmerizing, slightly dissonant guitar and keyboard attack that dovetails into a towering chorus that most hair metal practitioners would have given their eye teeth to have written. Just as impressive are the barreling "Ride with the Rhythm" and swaggering, boogie-inflected "If That Ain't Love," the latter of which is, quite simply, one of the most perfectly-constructed early '90s hard rock songs from either the Christian or mainstream camps. Even the ballads, a necessary evil of sorts for any outfit seeking to carve out a niche for themselves in the pop Top 40, managed to turn out better than average.

The Brave collective replaced James Salter with drummer Randy Roberts for 1994's blusier, more alt-rock leaning Trust, before eventually calling it a day. While the sophomore offering was a more than respectable showing, it is the debut which remains the group's most shining hour. Of course, much of the fivesome's fade into relative obscurity can arguably be chalked up to simple timing. If Battle Cries had seen the light of day in the late '80s, it may well have gone on to earn the same vaunted status as other Elefante-led classics, like Beyond Belief from Petra or Barren Cross's Atomic Arena - both of which it matches in terms of sheer quality. As it stands, the good news for fans of infectious, riff-driven hard rock is that they can once again scoop up this long lost chestnut and remind themselves just how awesome the pre-grunge years really were.