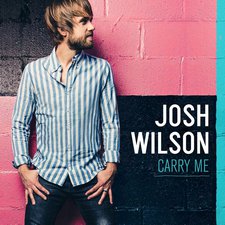 Over the years, more than a few Christian artists and bands have devoted the occasional tune to what some might consider slightly offbeat subject matter. The members of the power pop trio, PFR, penned the wistful "Goldie's Last Day" for a faithful canine companion who passed away under what some considered slightly mysterious circumstances. The Newsboys' Top 5 1996 single, "Breakfast," was a similarly-themed ode to a departed member of a group of school-aged kids who convened each morning to share the first meal of the day. And Toby McKeehan and his fellow dc Talksters dedicated tracks on not one, but two of their records to the endearingly salty Mrs. Morgan, an elderly woman who continually reprimanded the group for the raucous volume levels emanating from their studio, which just happened to be situated in the house next door to her own.

While the abovementioned set only touches the tip of the iceberg when it comes to potential songwriting themes, it's still a fairly safe bet that Josh Wilson is probably one of the first, if not the very first, artist to craft a composition around the unlikely subject of regular late-night panic attacks. As improbable as it sounds, though, that's exactly what the intrepid El Dorado, Arkansas, native has done on the title cut of his latest release. Indeed, while a fair portion of "Carry Me" is worded generally enough to ensure a certain universal appeal, lyrics like "I'm wide awake in the middle of the night/ Scared to death/ I try to catch my breath/ It hasn't happened yet" point specifically to the mysterious ailment which eventually brought Wilson to the local emergency room and forced him to cancel several shows on his current tour.

Needless to say, Wilson may have realized that a relentless stream of angst-laden songs of this sort might well be more than the average listener would want to absorb in a single sitting. To that end, his fifth studio album, Carry Me, finds him wisely dividing his time between the somber and the celebratory. At the former end of the spectrum are "Faith is Not a Feeling," which deals with a sense of separation from God; the equally convincing "Wake Me Up," a confession of lukewarm faith; and "What I See Now," a poignant, true-to-life account of the pain and uncertainties of adolescence. On the other side of the coin, Wilson balances out his more soul-searching fare with ingratiatingly upbeat offerings about forgiveness ("Grace Enough for You"), marital bliss ("One Safe Soul"), and the inspiration he's drawn from the simple, unaffected faith of those he's known and met ("I See God in You").

Given his wide-ranging instrumental aptitude (Wilson is proficient on guitar, piano and drums), it should come as little surprise that his new project is a musically eclectic undertaking. Wilson's voice falls at the half way point between Andrew Peterson and Pat Monahan of Train, and Train's effervescent "Hey, Soul Sister" single is a pretty accurate frame of reference for breezy, made-for summer anthems like "Pushing Back the Dark" and the title track. The melancholy-tinged folk of "What I See Now," on the other hand, would probably have slotted in well on any of Peterson's first few records. For the remainder of the proceedings, Wilson turns his talents to the dance-leaning country-pop of "Faith Is Not a Feeling," the energizing light-urban percussion of "Here I Am Anyway," and the impossibly cheerful "What A Mystery," which sounds, in the winningest way possible, like a combination of the opening number at the local square dance and something you'd hear from a sidewalk organ grinder.

To be equitable, the back end of the album, as a whole, is less consistently impressive than its first portion, thanks in part to the less vivacious, slightly more generic nature of its contents. That said, Wilson's refreshingly forthright lyrics and ability to find light in even the darkest of themes combine to offer a modicum of relief from this latter-segment deficit. Just as notably, his powerful and distinctive soul-filled voice does much to elevate even commonplace entries like "Symphony" and "Wake Me Up" to slightly-above-average status. To be sure, even though Carry Me doesn't quite qualify as groundbreaking or fillerless, it is still an engaging, thought-provoking, and ultimately uplifting collection of songs that should, if there's any justice in the world, go great lengths toward earning its talented creator an evening's worth of peaceful, uninterrupted sleep.