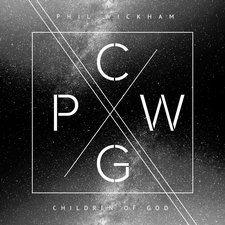 
Over the years, Phil Wickham has steadily delivered a plethora of quality worship music, mixing together a healthy dosage of both live and studio albums. While Wickham is undeniably one of CCM's most prolific and talented artists, some of his projects have had more to offer than others. After the success of 2013's The Ascension, an artist could be easily intimidated by the pressure to exceed their own standards and raise the bar yet again. Not so with Wickham. While his latest offering, Children of God, is somewhat difficult to break apart due to its cohesiveness, the album is no less fantastic than anything on his earlier discography, signifying a continued development of artistry.

The album opens with a new rendition of the "Doxology," a move which is not unheard of within the worship industry. Rather than presenting itself as some clichéd gimmick, however, it serves as a perfect doorway for which to enter a worshipful atmosphere. While I don't want to cement this claim, this track may actually be my favorite rendition of the "Doxology" hymn. At the very least, it's quite an accomplished piece, worthy of recognition.

The next two tracks, "Better Than Life" and "Your Love Awakens Me" roll right on by. They're both solid efforts, but fail to stand out due to their similarity with several of Wickham's songs from years past. "The Secret Place," a duet performed with Madison Cunningham, is one of the highlights on Children of God. The duo's voices intertwine to create a rich and embracing melody, where Wickham's signature vibrato perfectly fits into the piece.

"Starmaker" is one of the most exceptional tracks on the album. The passionate lyrics are simple and profound: "I can't look away; I am captivated / what else can I say but sing in adoration / You are holy above the earth." The swaying melody and ambient atmospherics give the song a beautiful texture which couples well with the interlude and wordless singing. The album's title track, "Children of God," was clearly written to serve as an anthemic worship piece with lyrics such as "we are believers in a hope on the Risen One / we are soldiers, we're fighting the faith in love / we are pilgrims on a journey to reach our home / we are standing together; we are the children of God." All in all, it's a good track, but it never seems to come to full fruition, almost as if it was mostly written for a live performance (likely).

While "Stand in Awe" gets off to a rocky start, the melodic chorus compensates for this, as does the "amen, amen, amen" tie-in to the opening track. While not at all bad, "Body, Mind & Soul" is a confusing song; parts of it are fantastic, and others just seem to stumble around as though the platypus on Children of God. The closing song, "Spirit of God," delivers the best of Wickham's various styles, packaged conveniently into one track. This song feels like the true anthem of Children of God and works to close out the worshipful album in magnificent fashion.

At times, the lyrical content fails to impress, but the "isms" within contemporary worship have been so overexerted that a handful of excuses may be allotted. Other times, however, Wickham's skills as a lyricist make a bold appearance, such as on "As It Is In Heaven." There are no songs that particularly stand out on Children of God, but as I mentioned in the introduction, the album is very cohesive and unable to be dissected in a more traditional manner. Ultimately, this is one of the best worship albums of the year, and will likely remain so. If you've enjoyed Wickham's prior albums, Children of God is a must-have. If CCM isn't your thing, this album is still worth checking out.

Few artists can consistently balance artistry and accessibility the way Phil Wickham has done throughout his career. His sixth full-length release, Children of God, may seem to move into a tired direction at first glance, but subsequent listens reveal a unique beauty that may set this release above the rest.

Beginning the album is a sweeping rendition of the traditional hymn, "Doxology/Amen," and the celebratory anthem, "Better Than Life." Enriched with a dreamy, electronic influence, these tracks provide a summary of the album as a whole, from the upbeat tracks that embrace an EDM backdrop in "Wide Awake" and the title track, to the soaring ballads, such as "Starmaker (High Above the Earth)" and "Spirit of God." Although it's apparent these songs rest largely on the success of "This is Amazing Grace," they never sound rehashed or feel as though no creative effort was given. This is the work of a man passionate for God, and it has spilled into every note and lyric.

Children of God is mezmerizing in almost every way and may possibly be Wickham's overall best. It's a satisfying and deeply emotional album all the way through. Any fan of worship will definitely not want to let this slip past. - Review date: 4/19/16, Lucas Munachen

Through a stellar career of six albums, Phil Wickham has done an excellent job of walking the fine line of making worship music without it being music that caters to singability and repeating worship buzz phrases ad nauseum. While his seventh career venture, Children of God, is ultimately much more than simply that, it comes far too close for my liking. What Children of God is is a gorgeous-sounding, swirling, ethereal, enveloping audio bliss that is alone well worth the price, and Wickham's fantastic vocals are just icing on the cake. It might just be the best-sounding album of Wickham's career, which is saying something. At the same time, no song is so complicated that when the synthesizers, basslines, drum loops, and other gadgets are stripped away, it can't easily be played in worship services. It is clearly an album to populate worship sets (whether that is the primary purpose or a happy coincidence), and I would have definitely preferred more (and deeper) lyrical content. That aside, however, Children of God is a wonderful experience. - 4/22/16, Mark Rice of Jesusfreakhideout.com

One of the more underrated worship artists, Phil Wickham is back after vocal chord surgery to bring us another solid worship album, Children of God. Like his previous releases, his songwriting utilizes familiar words and phrases and breathes new life into them with his powerful, soft vocals and beautiful electronic pop/rock soundscapes. 2007's Cannons may still hold the top spot in Wickham's discography, but Children of God is nonetheless a strong statement and a wonderful creative outlet to worship Jesus. - 5/11/16, Christopher Smith of Jesusfreakhideout.com