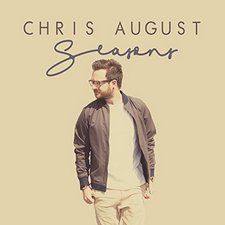 
In 2011, Chris August was a Dove Award winning prospect for good things to come as indicated by him winning both New Artist of the Year and Male Vocalist of the Year. His hit song, "Starry Night," topped the Billboard Christian Songs chart during that time, but it seems that in the years since then, he has flown mostly under everyone's radar without much fanfare to his name. Unfortunately, for the most part, his newest album (which he released himself without the support of a record label), Seasons, continues that trend. While there are some good fun pop jams to be had here, they are held back by tracks that range from forgettable to regrettable with vapid lyricism that leaves much to be desired.

The opening track, "Nothing's Beyond Broken," has a relatively low BPM, but a very high energy level, starting the album off on potentially its highest note. Later on, songs such as "Worry," which riffs on Jesus encouraging His disciples in Matthew 6, and "Everything," where Chris acknowledges that he is to give God everything as it belongs to Him already, are head bopping, radio-friendly jams that you could find yourself humming even after the album has run its pretty short 25-minute course. Acoustic guitar riffs, which bring to mind a Jason Mraz or Ed Sheeran feel, with well-placed EDM backed choruses (as seen on most of the tracks), are pleasant to the ears, and it is hard to not nod along with the rhythm. As good as those tracks can be however, there are some serious missteps as well, such as when Chris attempts a rap breakdown on "Delivery" or a pseudo metal/rock sound on "Moonlight" that make both feel awkward and disjointed from the rest of the record. While there are things to be appreciated here from a pop music standpoint, the lyrics are a different story.

In many cases, pop music can be given a pass on lackluster messaging, but when lyrics are particularly cringe-worthy, it is impossible to ignore. It isn't that anything August sings about on the album is inherently wrong, there just is no depth beyond the surface, and some of those surfaces are pretty corny. "Lips" contains the lines "I know my heart was A.D.D/A rollercoaster of belief/But there is a path where You said the past is left with no power to last;" the title track, "Seasons," is both awkward and confusing with "To know what's hot, you gotta know what's cold/And when it froze, had to let it go/Now what I've got is not a season thing/'Cause time can pass and it won't change;" and even the title track has the incredibly strange comparison, "If You can take a cross and resurrect up something good/You can do the same for me."

Ultimately, Seasons isn't completely without some merit. There is some fun to be had with a few of the tracks on this release. While there is something to be said for an uplifting and inoffensive toe tapper that you can sing along with without engaging your mind, it is too bad that even with those criteria, August's newest offering can easily be skipped without much love lost.