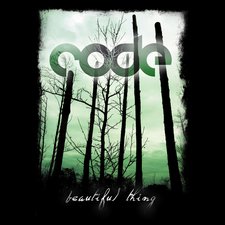 The music-loving mind being what it is, it seems only natural for those most enamored with the melodic arts to want to find a point of reference for the groups and artists they hold most dear. Finding that point for Code of Ethics front man Barry Blaze, though, turns out to be a bit of a tricky matter, and mostly depends upon the particular moment in time at which the comparison happens to have been made. During the first half of the '90s, the front man and his CoE cohorts were rightly lumped together with New Wave and synth-pop-loving bands like New Order, Depeche Mode and the Human League. By the latter half of that decade, however, Blaze had more in common with, say, fellow Christian singer Eric Champion, given the fact that that both performers hailed from the state of Florida and each of them slowly, but surely, migrated from their original techno and dance-pop inclinations toward decidedly more straightforward pop- and rock-leaning fare.

Since the dawn of the new millennium, though, the Code leader's most obvious doppelgangers, as unlikely as it might seem, may well be '80s pop-metal superstars, Def Leppard. Just as the latter band became as famous for its off-stage mishaps and maladies - which included the death of its lead guitarist, an auto accident which forced the complete amputation of the drummer's left arm, and a precipitous decline in popularity in the wake of the early '90s grunge movement - as for its music, so too Blaze's last ten years have been dotted with the death of his father from pancreatic cancer, his sister's protracted battle with chemotherapy, an extended creative dry spell, and a near-fatal motorcycle accident which very nearly cost him both his eyesight and his hearing.

The long road back to soundness has turned out to be a long one and the process has, understandably, been anything but easy. But, as Blaze's latest outing so amply proves, that which doesn't kill you only makes you stronger. The insistent, almost martial rhythms and dark, brooding tones of "Hey Death" render the bracing tune a close cousin to the similarly edgy and engrossing "Satellite Babies" single from the 1993 self-titled CoE offering. The dance-meets-power pop vibe and faintly dissonant melody of "Only the Beginning," on the other hand, are very much cut from the same piece of cloth as the band's thoroughly winning cover of the Monkees' "Pleasant Valley Sunday" found on 1995's Arms Around the World. And the infectiously joy-filled "Somebody's Waiting" - which is smooth as butter and arguably twice as tasty - would have slotted in perfectly next to the less-syncopated, harder-rocking tracks on 1997's criminally underrated Soulbait release.

Pop legend Daryl Hall once said that if a song didn't sound good on an acoustic guitar, it wasn't worth recording. If this interesting benchmark is, indeed, to be accepted, then the sparkling acoustic-tinged "Fall Away," with its shimmering fret work and simple, yet mesmerizing, anchor riff, would certainly pass the test with flying colors. The likewise breezy "My Girl" is just as impressive, leaning, like "Fall," toward the sunny modern rock-meets-power-pop aesthetic favored by artists like Matthew Sweet and Fountains of Wayne. "Beautiful Thing," on the other hand, brings Blaze's love of neo-psychedelic British Invasion pop to the most convincing of conclusions. And, if the Echoing Green had somehow scored a slot on a Smokey Robinson tribute album, their contribution probably would have sounded a whole lot like "Floating," which is the sort of ingratiatingly tuneful ditty most listeners could hear once and still hum from memory a week later.

Of course, those who fell in love with the first four Code of Ethics projects are probably among those most enthused that so much of Beautiful Thing draws such unmistakable inspiration from each of those records. Even more noteworthy though, for longtime fans and newcomers alike is the fact that, against what most would consider near-impossible odds, the new release somehow manages to go its predecessors one step better by taking the most appealing elements of each of those efforts, honing them to a razor-sharp point, and then mixing them together into a whole that is, at the same time, reflective of, and yet actually stronger than, the sum of its parts.

To be sure, in light of the plentiful heartbreak, loss and setbacks Blaze has endured over the past decade, most fans would consider any new music from him, at the very least, a triumph of the will over circumstance. The fact that his latest offering so convincingly lives up to its title, on the other hand, points to something far beyond sheer determination; testifying, instead, to the Giver of all good things who brought Blaze back to the place where he was once again able to make the music he loved in the first place. Listening to Beautiful Thing from start to finish, one can only imagine that both parties are more than a little pleased with the results.