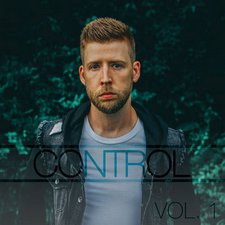 
Over the course of his decade-long career, Texas native Joel Vaughn has supplied his fans with music via a series of EPs and full-length albums, with each of the two formats accounting for roughly half of his back catalog. His most recent long-player, 2016's EDM-tinged Kinetic, was a solid eight-song set pointing to an artist perched just on the verge of creating something truly memorable. But, the five-cut extended player that followed in its wake, 2017's Surrender, intermittently fetching though it was, ultimately wound up being more of a holding pattern than the expected great leap forward.

Not so with his latest outing, Control, Vol. 1. The winning leadoff number, "Pray It Up," starts things off by nimbly walking that ever-so-tenuous line between the dance and pop genres, serving up a combination of the two that's neither so funky that it couldn't be adapted to the Sunday morning worship service, nor so staid that it couldn't rouse the average concert-goer from their seats if played at the proper volume. The superb shuffling rhythms of "On Time" see the infectious groove of the imposing opening cut and go it one better. The power ballad, "Back Where I Started," dials the pace back a bit to allow listeners a closer, and welcome, look at Vaughn's soaring, semi-falsetto voice. And "Settle" may just be the best song that Jordan Feliz and Justin Bieber never co-wrote.

It bears noting that, more often than not, Vaughn seems as if he's standing at the periphery of really cutting loose, but never actually doing so. That said, far from sounding as if he's only half trying or phoning it in, this approach actually turns out to be the perfect complement to his music: soothing, mellow and ultimately engaging. To be sure, no matter how beat-heavy things get, one still gets the sense that Vaughn remains thoroughly in control of the proceedings, meting out his sharp, sturdy vocals in carefully measured doses that heighten, rather than take away from, the innate appeal of his compositions. A decided step up, in terms of consistency, from his last few releases, Control, Vol. 1 finds the singer in peak form, turning in an effort that, at long last, succeeds in bringing his undeniable underlying talent into its sharpest focus.