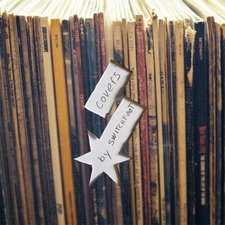 
Legendary San Diego band Switchfoot, like the Energizer Bunny before them, keep going and going and going, now into their fourth decade of making music. This is certainly not a complaint, as they have remained relevant throughout their twenty-three years as a band. Their encouraging voice pointing people to love alone being worth the fight is still a needed message, maybe even more so than ever. Though this is not a full slate of originals, this six-song cover EP is both fun and germane to the times facing the world in 2020. The biggest questions for any artist seeking to release tunes not their own is how they will pick what songs to cover, and secondly, how will they add their spin on the original, to offer a new interpretation. On Covers, they mostly succeed on both accounts, delivering a great summer album fitting the sonics of 2014s Fading West.

Lead track and a cover of Frank Ocean, "Swim Good" is an interesting choice to begin the EP, though it works with its steady driving drumbeat, buoyant keys, and electric guitar accents. After listening to the original, its only a decent take on the more organ-based funky original. Ultimately, it doesnt add or subtract enough to differentiate itself, though including it on the tracklist does offer the benefit of seeking out the original (if, like me, you were previously unfamiliar). Thankfully, it gets better from here with the finger-picked campfire sing-a-long cover of Vampire Weekends Harmony Hall. In fact, this cover would have fit in perfectly on last years Native Tongue, replacing the similar, but inferior Were Gonna Be Alright. Highlight lyrics include, The stone walls of harmony hall bear witness/Anybody with a worried mind could never forget the sight/Of wicked snakes inside a place you thought was dignified/I dont want to live like this/But I dont want to die. Another highlight song is Stupid Deep, which puts a rock spin on the R&B/hip-hop arrangement from Jon Bellion, producing an improvement in the process. For a general idea, think of the musical approach of Switchfoot song Dare You To Move." This guitar-focused take moves the song from suave and contemplative pop sonics to that of thicker and meatier earnestness.

Next, Switchfoot pulls The Verve's "Lucky Man" out of their proverbial bag of tricks, taking us back to the glorious sound of 90s alt/rock with a faithful rendition, pulling off the era expertly. It doesn't deviate much from the original and loses a bit in translation as the string section is traded for backing vocals higher in the mix of the cover. The bass-heavy "Lights Up" is a funky version of the Harry Styles tune that allows bassist Tim Foreman to shine. It's one of the best songs of the tracklist, and perhaps more than any of the songs, this cover sounds most like it could have been penned by Switchfoot themselves. Lastly, and most surprisingly the boys take on pop hitmakers The Chainsmokers recent Sick Boy, which for the most part works. It was the one song this reviewer was most perplexed by when seeing the pre-release song list, but the driving rock direction they take the song in is executed well and ultimately outshines the original.

Your enjoyment of Covers may rise and fall on the tide of your opinion of the band's Fading West era, or perhaps their choice of songs to cover. Admittedly, I was unfamiliar with several of these songs before this release, though the Switchfoot magic dust has now made Harmony Hall a new favorite. If you are looking for just a few to download or stream, the recommendations begin with Stupid Deep, Lights Up, and the aforementioned Harmony Hall. Consider this Switchfoot EP an unexpected surprise and wink at their avid fanbase with great potential for inclusion in your summer playlist.

Despite the fact that a full two-thirds of the new Switchfoot Covers EP is devoted to music recorded by other artists during the last three years, many a listener probably would never have pegged the band's latest release as an across-the-board remake effort if it weren't for the title. To be sure, the comparative obscurity of some of its material, along with its sheer diversity of styles, all but ensures that very few people will have heard the sum total of its material prior to their first exposure to the extended player.

Close adherence to the source material will likely mean that, for Jon Bellion's "Stupid Deep" and The Chainsmokers' "Sick Boy," the choice between original and cover versions is pretty much a toss-up. Elsewhere, though, Foreman & Co. come up wanting on "Lucky Man," which lacks some of the epic-sounding appeal of the 1997 Verve single, and "Swim Good," whose cleaner sonics and straightforward delivery sacrifice the slightly-behind-the-beat singing and reverb-laden instrumental embellishments that made Frank Ocean's 2011 rendition so delightfully trippy. All is not lost, though, as the more funk-filled, and superior, new version of Harry Styles' "Lights Up" (the lone US Top 20 entry on the EP) so aptly proves.

Objectively speaking, the Covers project isn't nearly the strongest installment in the band's discography, nor does it seem destined to woo legions of the unconverted into the Switchfoot camp. That said, even though its truly transcendent moments are relatively few in number and it admittedly runs tangent, at best, to the remainder of group's back catalog, the new mini-album nevertheless turns out to be, at the very least, a surprisingly educational and engaging detour. - Review date: 6/30/20, Bert Gangl of Jesusfreakhideout.com