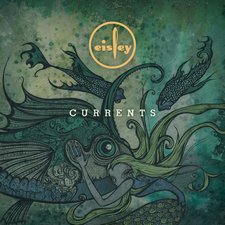 While he may or may not have been the actual originator of the theory, it was the Greek philosopher Aristotle who first popularized the notion that art is an imitation of life. Although the average music listener may or may not be intimately acquainted with the works of the great 4th century figure, they've more than likely witnessed this very life/art connection countless times in actual practice. Indeed, dating back at least as far as Frank Sinatra's 1958 magnum opus, Only the Lonely, and tracing its lineage right on up to similarly-minded contemporary efforts such as Adele's 21 and Kayne West's 808s & Heartbreak, the form of true-to-life artistic expression affectionately known as the breakup album has been a constant and integral subset of the rock and pop catalogs at large for nearly six decades.

For the familial-based quintet, Eisley, that album was 2011's The Valley. Released in the wake of eldest sister Chantelle Dupree's broken engagement to Adam Lazzara of Taking Back Sunday, the dissolution of her sister Sherri's ten-month marriage to New Found Glory guitarist Chad Gilbert, and the severance of the band's longstanding ties with the Warner/Reprise label, the record was an understandably murky, hard-hitting affair that gave vent to its creators' feelings of heartache and disappointment. The same Dupree sisters who spun nursery rhyme-like tales of floating above the ocean and dancing merrily in the forest on their 2003 Laughing City EP were now penning spit and vinegar-filled pieces like "Ambulance," "Sad" and "Watch It Die," the latter of which found its composer declaring "My love for you was faulty/ My love for you has died tonight."

A far cry from Valley's bracing sonic attack and gut-wrenching lyrics, the latest outing, Currents, is a markedly kinder and gentler proposition, the title of which arguably takes on at least two different meanings. The most obvious tie-in, of course, would be the notion of current as the movement of the ocean's water - an idea reinforced by the nautically-themed cover art, song titles like "Drink the Water" and "Blue Fish," and the wording of cuts such as "Wicked Child," which manages to name-check none other than the mythical king of the sea, Poseidon, himself.

The more likely application, though, lies in the definition of the word current as that which is reflective of the present day. To be sure, given that Chantelle, Sherri and Staci are all now happily-married mothers of young children, their most recent offering almost surely draws at least part of its inspiration from their less-angst-filled situations as of late. Straight-ahead harder-driving tracks like "Save My Soul," which sounds almost as if it could have been a Valley outtake, do appear once or twice during the proceedings. By and large, though, the gently shuffling rhythms of "Lost Enemies," the ambient, almost dream-like vocals of "Drink the Water" and the lilting, acoustically-based textures of "Millstone" are much more indicative of the new album's overarching migration toward all things atmospheric, experimental and subdued.

Objectively speaking, Currents is neither as immediately accessible nor as unrelentingly invigorating as The Valley, particularly during the second half of the proceedings, where less melodically-inclined material pops up here and there. That said, listeners who never quite warmed to The Valley's particularly vitriolic point of view will likely be pleased with entries like "Lost Enemies" and "The Night Comes," which mark a return to the innocent, almost-childlike lyrics that undergirded much of the group's earliest work. And, like a long-forgotten treasure chest at the bottom of the ocean, Currents, with the exception of the few weaker numbers, offers the same end reward as its predecessor for those willing to invest the time and attention to plumb its sublime and beautiful depths. On The Valley's title song, the sisters plainly asserted that they didn't "believe in magic." This time around, they joyously proclaim, "Love, you are my shelter/ And, Love, you are my home." Such contentment, as it turns out, suits them very nicely.

New music is essential for a good summer; and that music being provided by a success-proven band, even better. In the case of Eisley's latest release, Currents, it certainly fits the bill. Some excellent highlights are the more experimental and eclectic songs such as "Currents," "Drink the Water" and "Save My Soul." Not only are the DuPree sisters pushing their vocals, but the percussion is clever and suitably executed. The true standout track though must go to "Millstone" featuring the vocals of Chauntelle DuPree, the "seemingly" quiet one of the sisters. The warm tone of her voice gives a jazzy smoothness to the band that hasn't really been heard on previous releases. The track doesn't break new ground, and it is not especially busy, but its calmness and melodic sound is hauntingly soothing. For the loyal fan, there is plenty of the sound that grabbed your attention on the first album. Songs like "The Real World," "Find Me Here," "Wicked Child" and "Wonder English" truly contain those whimsical elements from the band's debut.

Concluding the album is the amazing and near worshipful "Shelter." While it doesn't feel intended to be a "worship song," its lyrics appear to be inspirational as Stacy DuPree sings, "Love, love you are my shelter. Love, love you are my home." Such sweet words bring the album to an epic and lovely close. Also as a slight observation, the art work is breathtaking and the album effectively carries an ethereally aquatic feel to it, thus making the title not only fitting but necessary. From the first to last track, Currents is organically pleasing to the ears and a must-have for your summer playlist. - Ryan Barbee, 6/8/13