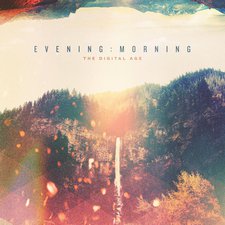 January 10th, 2012 was a sad day in the Christian music world. On that day, one week after playing their last live show, the David Crowder*Band released the massive Give Us Rest, marking the end of the ultra-creative worship band after playing together for 16 years. Fans didn't know that to expect next; would the six members join other bands? Would they permanently retire? Would they reunite after a couple years? As it turned out, four of the members, Jack Parker, Mike Dodson ("Mike D"), Mark Waldrop and Jeremy Bush ("B-Wack") weren't quite ready to leave each other yet, and it wasn't long before they were back together making music under a new name, The Digital Age. Between the months of June and July 2012, this new band released to YouTube six covers/reinterpretations of songs in a gorgeous indie/experimental worship style, later releasing the audio of those videos in the form of the EP Rehearsals. Now signed to Fair Trade Records, the day that post-Crowder fans have craved has come; Evening:Morning, the first full-length album from The Digital Age, is here.

The album opens on a more-or-less unexpected note with the lead single "Captured." Unlike any of the Rehearsals songs, this song is poppier than pretty much anything the DC*B made. But as poppy as it is, it is so bright, deliciously joyful and irresistibly catchy (not dissimilar to Rend Collective Experiment) that I have no doubt it will win over even the biggest skeptics. "Symphony of Grace" follows the same vein as its predecessor, just as bright, joyful and poppy. "Your Name (We Shout)" is a song that I can see as potential for congregational worship with a simpler, more generic songwriting approach and song structure, but the foursome pulls it off with enough artistic flair (including a very Church Music-era DC*B outro) that it becomes a highlight. "Overcome" is also similar to its predecessor in style, even down to the extended ethereal outro. As the album moves on, more and more edge appears unlike anything the band had ever previously shown. While "Through the Night" sounds like it was pulled straight from Church Music with Mike D's vocals (along with Waldrop doing quite a bit as well) replacing Crowder's, "Glow" showcases the band's more indie and experimental leanings with numerous electronic elements to make it another highlight. "Believe" showcases as a gorgeously dark reflection on the Trinity, and the acoustic closer "Morning Song" serves as a perfect ending in contrast to the album's edgy, electronic leanings. And, of course, the lone inclusion from Rehearsals, "All The Poor and Powerless" (written by All Sons & Daughters), is yet another highlight in the midst of it all. Only one song, "Break Every Chain," felt overly like filler in the midst of eleven other gems of varying radiance.

Lyrically, there isn't anything truly remarkable or profound, but it is simply solid and perfectly calculated as to never get trite, boring, or less than sincere in any way. They don't usually follow the same generic songwriting patterns, and every word is focused around God. Of course, paired with a less skillfully crafted sound, one might come to view many of these lyrics as irreverent, which is a sincere testament to how good the music itself is. I've heard some people complain about The Digital Age's vocals, but I don't have any problem with them. Certainly going from Crowder's unique voice to Dodson and Waldrop's is a jump for Crowder fans with the mindset that The Digital Age is simply the DC*B minus DC*, but the fact is that they are quite simply another band entirely, only occasionally borrowing from their former collective's sound.

Without a doubt, this is an album that improves with each listen. Musically, it may not be on par with the crowning achievements of the DC*B, but I love how they are attempting to carve out their own niche in the industry separate from their former band's namesake rather than continue in the same musical vein. I'm sure many may have doubts concerning The Digital Age and their staying power in the wake of the DC*B's dissolution, but if this album does not put those fears to rest, I can't imagine anything that will. class="coversize" align=right> Early Thoughts...
Thankfully deciding they weren't done after the dissolution of the David Crowder*Band, Jack Parker, Mike Dodson, Mark Waldrop, and Jeremy Bush (aka "B-wack") formed The Digital Age and graced us with a lovely little EP last year to give us a taste of their potential. Enter Evening:Morning, the quartet's first full-length effort. With a sound more along the lines of Rend Collective Experiment, which occasionally delves into territory explored by DC*B, the act is overall more poppy, more gleeful, and slightly more indie than their prior collective without trying to make a huge creative statement. I'm not sure whether the foursome is under more pressure of having to build up from ground zero as a brand new band or less pressure from having the massive expectations for the brilliance their former band achieved removed from their shoulders. Either way, it was probably a good decision to keep things relatively simple the first time around. Anyone expecting brilliance, thanks to the band's heritage, might be a bit disappointed, but I doubt many others will be... --->

Worship music hasn't ever been quite the same since the members of David Crowder*Band went their separate ways. Thankfully, the chemistry within the band has been retained through The Digital Age, comprised of four former DC*B members, and Evening:Morning is a mostly illustrious effort of this work. Last year's Rehearsals EP provided an accurate representation of the band's self-concept, and Evening:Morning tries to continue those trends, even if they don't completely operate at their fullest capacity. "Through the Night" and "Believe" hone in on a chant-like approach that works well with the band's multi-lead-singer effect, while "Break Every Chain" and "All the Poor and Powerless" prove to be impeccable covers. Some tracks like "Symphony of Grace," "Your Name (We Shout)," "Glow," and "God of Us All" tread a little close to the dime-a-dozen "worship band" line, but aren't necessarily ill-performed or out of place. There's also a nagging feeling that the band could use a stronger vocalist to help give each song a bigger punch (Crowder's absence is even more sorely missed). There are noticeable differences between the signed and unsigned versions of the band, but even with these sorts of issues out in the open, however, The Digital Age is an absolutely welcomed ensemble in the scene that has the potential to become huge in the near future. Evening:Morning is a fine precedent to work from, and The Digital Age is a worthwhile venture to keep an eye on. - Roger Gelwicks, 8/11/13