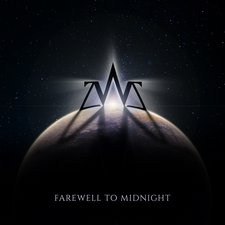 As We Ascend
Farewell To Midnight


For those who are unaware of the recent drama surrounding the rise and fall of Christian rock band We As Human, I won't go too much into the details. The chronicles of those events are easily discoverable via the Internet, but suffice it to say that the remaining members have experienced a lot of hurt, pain, and frustration. Out of those ashes, however, comes a new project formed by the remaining members, As We Ascend. Aptly named, the band's debut LP, Farewell to Midnight, explores some of the emotion experienced over the past year.

Prior to listening, it should be noted that As We Ascend consists of a seasoned band, sans lead vocalist. While the current members have experience in gang or background vocals, they started off in an odd place. In a roundabout fashion, this actually works for them, allowing for a more gritty, '90s garage band experience, but with the professionalism to keep it on track.

The album's opening track, "Hatchet," serves as a good representation of the rest of the album. The lyrics echo a weighty amount of frustration, culminating in the clever line, "it's hard to bury this hatchet when it's in my back." The track "Tell Me" goes even further in voicing anger and addressing the circumstances which led to the dissolution of We As Human: "It was the late night whispers over the phone / it was the secret meets where no one would know / sleep with one eye open when all eyes were closed / you destroy your kingdom while you cling to your throne / I'm onto you, I'm onto you."

At this point, it becomes apparent that the tracks have some issues with distinguishing themselves, though this isn't a fatal flaw. A personal favorite is "End Of Me," which features Zach Myers of Shinedown. This track's quirkiness, along with the dual vocals (and sick guitar riff), helped create a much-needed texture for Farewell to Midnight. "Wash Away" was an enjoyable track and one of the best on the album, coming in right before the album closer, "At My Door." This song features Brad Arnold (yes, of 3 Doors Down), and is a great piece, well-worth checking out, even if you're just browsing the latest in Christian rock. The lyrics seem to offer some topical closure, "Will I let go of the past and live for tomorrow? / Will I curse the hourglass as it bleeds through the night?/ Can I sing for the memories without words of sorrow? / Sing for the hope I have when death comes knocking at my door?" The final line, "when Jesus comes," echoes these questions, serving to frame the album in a redemptive light, and perhaps shedding some on the album's very title.

Ultimately, Farewell to Midnight is a quality rock offering which, while stable, at times struggles to find its own identity. This is to be expected given the circumstances, and shouldn't be too difficult to iron out over the course of a few future releases. Regardless, this album is a worthy project, and the band deserves a hearty kudos for their effort in putting this together.

As We Ascend has "ascended" from the ashes of what was We As Human with guitarists Justin Forshaw and Jake Jones forming the new band. The group has been building hype for a while, but now Farewell to Midnight, and the moment of truth, is upon us. "Hatchet" and "My Ghost" start the album off harmlessly enough as pretty standard modern rock numbers sure to grab the attention of those who dig the current secular rock stations. "Tell Me" is where things begin to deteriorate and fall apart, but "When the Gun Goes" is the first truly cringe-worthy moment. The chorus simply repeats the lyrics, "When the gun goes BOOM! When the gun goes BOOM! BOOM!" The track is a bit reminiscent of Saliva's somewhat corny "Click, Click Boom," but doesn't carry the same overall appeal. The band invites Zach Myers of Shinedown in for what's probably the weakest song of the album. "End of Me" features a quasi-hip-hop/Twenty-One Pilots type of beat and vibe in the verse, but shifts to a more rock n' roll chorus. Something about the sound just doesn't jive and it comes off a bit forced and awkward. Thankfully, "Watch the World Burn" and "We Fight" bring something better back to the table along the line of the opening numbers. The album's lone ballad, and closing track, is likely the best song present. "At My Door" is a slow acoustic tune that features Brad Arnold from 3 Doors Down and, while Brad's guest spot is excellent -- and certainly more effective than Zach Myers' appearance -- unfortunately for AWA, it transcends the song and becomes the brightest piece of the album. Farewell to Midnight will likely be loved by so many rock fans in the Christian music community and there are some decent hard rocking songs present. Thankfully, the appeal did rise a touch with subsequent listens, but unfortunately, the album just feels somewhat contrived and, for the most part, it fails to impress. Judge for yourself, but Farewell to Midnight is a pass for this reviewer. - 3/9/17, Michael Weaver of Jesusfreakhideout.com