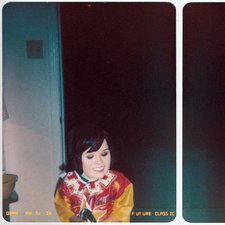 
Since 2010, Norma Jean has been on a three-year album cycle, giving their fans something hearty to chew on and then making them wait, as they grow desperate for more. With their last album, All Hail, the wait has been even more difficult, but 2022 is paying off quite handsomely, not only with a brand new NJ album on the horizon, but also a brand new side project from the band's own Cory and Matthew Putman.

orphantwin, named after the opening track from All Hail, is a passion project from the Putmans, and a new creative outlet forged from the bond of their brotherhood. Their first go-around is a sinfully short EP, called Future Classic. While one might expect a side project to sound different than the main band (like the difference between Anberlin and Anchor & Braille, for example), the Putmans spend less time worrying about being different and more about writing good music. That being said, orphantwin does sound a lot like the last couple of NJ albums, which makes sense as they came into existence as potential songs for their next endeavor. At the same time, there are plenty of little details and songwriting techniques that separate the two projects. Though the songs use ample amounts of traditional rock & roll and hardcore musicianship, they also have plenty of atmospheric and electronic elements; a great example of this winning combination is "Deathsurf," which has both Nine Inch Nails-ish pulsing industrial music as well as in-your-face, abrasive hardcore. The Putmans have complete freedom to lean into them or shy away from them as they please. The most obvious example is the closing track, "Hominy," which completely moves away from the realm of heavy music and dives headfirst into a 90s alternative-inspired ballad. It's definitely an unexpected way to end the EP, but it's so well-written and executed that it somehow fits right in.

The lyrics find Cory anxiously dealing with who he is in relation to the world and to God. Much of the lyrics are rather abstract and cryptic, rarely ever explicitly regarding any specific circumstances ("Everything you measure and everything that measures you / hold out for the pathway, the passage / you should anticipate a memory spike at the end / things in flight at once / you don't, we don't irradiate," "Negative Threads), but focusing on them will give you a quick glimpse into where his head's at. While a lot of it is hard to read, there's also a fair amount of spirituality, even if a bit vague. "Deathsurf," "Headphones or Die," and "llovvlless" all fall into this "vague spirituality" category ("Carry us out and I'll tell you I'm sorry / I don't need anyone, but I'm loveless without you," from "llovvlless"), while "Hominy" builds on it just a little bit more. Cory's desperation for God's restoration closes the EP, as he sings, "You saw the good in me ahead of its time / I saw it all and I'm still confused, I don't know why / but I just want all of me to be what You are / I don't know what You are, but what You are is what You are."

However you choose to look at Future Classic, whether as an appetizer before the next Norma Jean main course or as its own meal to be savored, it's more than worth the seventeen minutes it takes to devour. I'd even recommend having seconds and thirds, if you've got the time for it. orphantwin is an exciting addition to the Solid State roster (and my music collection), and I'll be as excited to hear any future music from the duo as I am to hear their main project. Don't miss this!

Editors Note: The word "damn" is used in "The Glimpse."