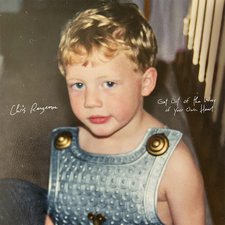 Chris Renzema
Get Out of the Way of Your Own Heart


Chris Renzema has been on a steady rise since his indie acoustic-based worship album, I'll Be the Branches, garnered him critical praise and over 36 million streams on the strength of the song "How To Be Yours." Signing to Centricity and making his label debut with Let the Ground Rest two years later in 2020, he continued his momentum forward with over 800,000 monthly listeners on Spotify, signifying no sophomore slump. Clearly, Renzemas devotional pop has struck a chord, and he appears to be here to stay. This is a positive thing as he has been one of the better up-and-coming lyricists in CCM with an increasingly diverse musical palate.

2021 finds Chris dropping a quick follow-up just over a year after Let The Ground Rest, utilizing the extra time while unable to tour due to the pandemic. Album three is called Get Out of the Way of Your Own Heart and features more of the thoughtful, heartfelt lyrics and singer-songwriter ethic for which he is becoming increasingly known. So how does it measure up to his previous work? In a few words, it is a good, though safe follow-up, just a step below its predecessor. Truth be told, my biggest critique of the album may be the track order, which feels uneven and does a disservice to the strength of the songs. To my ears, it seems that a more immediately engaging sequence would have started the album with the upbeat tune "Without You" rather than the more subdued "Hope or Nostalgia." Although I understand the reasoning for the thesis setting, it didn't start the album on a captivating trajectory. In addition, the album's lyrical content doesn't strike me as up to par with Renzemas first two releases, but it doesnt miss by much. The biggest highlights are Without You, Stronger Love, Old Friend, No Body, Just As Good," and lastly, "The Right Things." The driving guitar-based "Without You" is the most energetic Renzema tune to date and a nice stretch past his mid-tempo comfort zone. Similarly, "Old Friend" has an upbeat vibe with a catchy lead guitar line and satisfying hook, with the latter half of the song standing out most. Both songs are musically interesting but are held back by slightly repetitive lyrics. In addition, the trio of guest spots from Leeland, Matt Maher, and Ellie Holcomb on the earnest Stronger Love, the tender No Body," and the great reminder of Gods unchanging goodness in Just as Good, are album high points respectively. (Plus, gold star kudos to the latter for only the second usage of Ebenezer in a song lyric to my memory.)

Roughly half the album stands out as superb, with the rest falling in the solid category. Overall, Get Out of the Way of Your Own Heart is good, but I can't quite put my finger on what doesn't grab me as much as his previous two releases. Maybe there hasn't been enough time with Let the Ground Rest, or perhaps the lyrics tread cliche, or maybe I'm just being too picky. Regardless, measuring the new album against his prior discography may be a mistake. On its own merit, it lines up as one of the better devotional pop records of the year. Track sequencing aside, I could still see Renzemas newest make a play for my year-end top ten list as I spend more time with it throughout the rest of the calendar year. If you're already a fan, there is plenty present to grab hold of. Also, I'd highly recommend this to listeners currently unfamiliar with his work on the hunt for strong lyricism and catchy pop musicality. If you are just looking for songs to add to your playlist, "Without You," "Old Friend," "Stronger Love," and "Still Just As Good" are a great place to start. Ultimately, with Get Out of the Way of Your Own Heart, Chris Renzema has another worthwhile record to share with his growing fan base and another excellent addition to his discography.

Singer-songwriter Chris Renzema delivers another solid album with Get Out of the Way of Your Own Heart. While arguably not as strong as last year's Let the Ground Rest, Renzema's newest release has several standout tracks, such as "No Room for an Anxious Heart" and "Without You." In "Anxious Heart," Renzema gets vulnerable, both from a musical and lyrical perspective. Guitar strumming and a no-frills drum loop provides the backdrop for honest emotion as Chris sings, "When I look at my phone, it's like walking through the Valley of Death." He then describes the result of this stress by ending the verse with, "Can feel my heart beating faster / it's another panic attack." In the chorus, he asks God, "Does it mean you're kind enough to save me? / Does it mean you're good enough to change me?" but answers his doubt with the lines, "When the fear sets in and I don't know what to do / you're the Prince of Peace and my heart belongs to you." His words are even more concrete in the 80s-inspired "Without You," where he paints a picture of what his life would have been if Jesus hadn't saved him. In the chorus, he muses, "I'd probably still be throwing rocks at cars, bumming cigarettes off strangers and driving through the dark." Although it's unclear what these images point to, they function as vivid metaphors for the rebellion and restlessness caused by sin. Besides "Without You," other tracks, like "Old Dreams" and the album's title track, share an 80s New Wave vibe, which Renzema pulls off very well. On the other hand, "Anxious Heart," along with "No Body" and "The Right Things," have a mellow, contemplative feel, while "Old Friend" and "Heart, Soul, Blood, Bone" are caught somewhere in the middle. This creates a bit of an identity crisis for Get Out of the Way of Your Own Heart. The album doesn't feel as cohesive as it could, and tends to get bogged down by the weaker, less defined songs. Still, it's an enjoyable listen that shows how Chris Renzema isn't afraid to be real or to push his music into new territory. - Review date: 9/1/21, Andie Hardee of Jesusfreakhideout.com

It's been a good few years for Chris Renzema. He first popped up on my radar with his 2018 independent album, then almost immediately got signed to Centricity for the 2020 follow-up. Thankfully, the quality of his output is at an all-time high with Get Out Of The Way Of Your Own Heart. While the music is definitely CCM-flavored, it's also very melodically pleasing and palatable for even the staunch K-LOVE haters. But where the album shines the most is in the lyrics, which are as convicting as they are encouraging, and deal with more serious and specific issues than your standard CCM. "The Right Things" hurts the most, but also might be my favorite track, as Renzema says, "I've been running down this road / Don't even know where I'm going half the time / I've been hiding in my phone / I have been missing all the moments I'm trying to find ... I wanna hold on to the right things / And let go of the rest / 'Cause time's worth more than money / And I'm done buying what won't last." A year is an awfully quick turnaround, but Renzema has an important message for the Church in 2021 and I'm very glad to hear it. - 9/1/21 Scott Fryberger