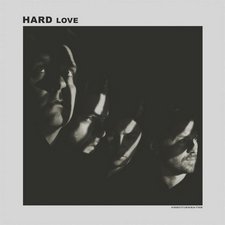 
NEEDTOBREATHE's last outing, Rivers In The Wasteland, was a career-defining album, born out of the trials of brotherly competition and the fatigue of life on the road (which almost did the entire band in). Having weathered the storm and written about it so masterfully (the tunes "Brother" and "Wasteland" address the situation with candor), the follow-up record, H A R D L O V E, feels like a continuation of this theme, albeit with a bit more time and distance giving the band some perspective and breathing room. The band's last live album, Live From The Woods [At Fontanel], felt like a culmination and emotional apex of NEEDTOBREATHE'S journey thus far, and a follow-up studio album faces the daunting challenge of finding its place in the band's historical narrative.

The driving title track, "HARD LOVE" rightly states that all relationships require a "hard love" if they are to last, and the song fits in nicely with the band's story, "Hold on tight a little longer / What don't kill ya, makes ya stronger /Get back up, cuz it's a hard love / You can't change without a fallout / It's gon' hurt, but don't you slow down / Get back up, cuz it's a hard love." With an 80's college-rock vibe (think The Cure or Talking Heads), "HARD LOVE" is an album highlight right off the bat, and an interesting new flavor for the guys from South Carolina. As a statement of purpose, "HARD LOVE" is a great title track, and arguably the best overall song on the album; epic and driving, creative and heart-felt.

Motown-style blasts of soulful horns, multi-track choral vocals and handclaps pepper first single "HAPPINESS", "WHEN I SING" and "MONEY & FAME," giving the album a funky feel that is decidedly lighter than the last time out. "BE HERE LONG" echoes "Keep Your Eyes Open" musically, and "TESTIFY" is a wonderful worship tune in the vein of "Down To The River" and "Multiplied." "LET'S STAY HOME TONIGHT" is as (and appropriately so) romantic (and perhaps a little racy) a song as has been included on a Christian market release.

If there's a clear misstep here, it's in the album's final few tracks. "TESTIFY" is a great worship tune, with a nifty and down-home hammer dulcimer refrain, driving beat and fantastic, gripping melody, but it's sandwiched between two romantic tunes, the last of which ("CLEAR") skirts too close to the "is this about God or his wife" question. Different sequencing would have cleared up this confusion a bit. "CLEAR" has a haunting melody and a lovely piano refrain, and pulling back a bit on the "you're the oxygen that I breathe" and "I was once lost but in you I'm found" lyrics would have made the song a knockout. The repeated use of the word "honey" in the chorus makes it obvious that the song is addressing a lover, but the style, lyrics and over-emoting make it easy to confuse.

After 2014's incredible Rivers in the Wasteland, an album that dawned after a long and gruelling season, NEEDTOBREATHE's sixth studio record finds the South Carolina band experimenting with a more pop driven approach that recalls the sound of their sophomore record, The Heat. The title track, "MONEY & FAME" and "TESTIFY" are immensely enjoyable tunes that best utilize the album's pop approach. With a strong 80s vibe, "BE HERE LONG," a song about enjoying the company of those we love before our time ends, is also another standout track. However, unlike the band's previous releases, a good number of songs here fall short of the band's previous material. "NO EXCUSES," despite its emotional delivery, is quite bland in its execution, while "GREAT NIGHT," "WHEN I SING" and "DON'T BRING THAT TROUBLE" lack the depth that enjoyable tracks like "The Heart" still thoroughly possess. Along with the sub-par musicianship, the main problem holding this album back are its lyrical themes. "HAPPINESS," for example, seems to extol a rather selfish mentality that the end justifies the means while relentlessly pursuing one's dreams. Likewise, "DON'T BRING THAT TROUBLE," alludes to denying relational problems instead of discussing and confronting them. Along with a few other objectionable lines (i.e. breaking the law in "GREAT NIGHT" and the idolisation of romantic love in "CLEAR"), H A R D L O V E becomes a confusing and disappointing listen. Although it's musically solid, H A R D L O V E presents too many problematic messages to be held in high esteem in the band's discography. - 7/18/16, Lucas Munachen of Jesusfreakhideout.com

Needtobreathe's latest album, H A R D L O V E, finds the band exploring their poppy side. While H A R D L O V E is an enjoyable album--especially the single "Money & Fame"--only half of the record is up to par with the quality of music they've released in the past. On the strong half of the album, God's transforming "hard love" shapes us into better people on the rocking title-track, Bear reflects on the passing of someone close to him on the ballad "Be Here Long," and he also speaks of the required sacrifices for chasing your dreams on "Happiness." The other half isn't bad, it's just a significant step down for the band. These tracks include the fun "Great Night," which has no story or substance; the obligatory CCM tune "Testify," which fails to grab your attention; and closing ballad "Clear," which runs too long and idolizes a romantic relationship. Unlike Needtobreathe's last four releases, it may not be a strong contender for album of the year, but it is still a solid record. - 6/23/16, Christopher Smith of Jesusfreakhideout.com of Jesusfreakhideout.com

Every other year (or so), NEEDTOBREATHE graciously reminds us that they're a band and brings us what ends up being one of the best albums of the year. Rivers in the Wasteland was the band at perhaps their best yet, despite the inner turmoil Alex mentioned above. This year, the boys are back with yet another solid entry, though H A R D L O V E does feel like a small step back. "HARD LOVE" comes out of the gate strong with the classic NEEDTOBREATHE southern rock charm, "TESTIFY" is a lovely, worshipful tune, and "LET'S STAY HOME TONIGHT" is a sweet love song, all of which are up to par with the band's previous work. The rest of the album is also good, and I don't want anyone to think that I dislike it or think it's bad music, but it is a lot poppier. "HAPPINESS" is a good example; it has a very catchy rhythm, with a pop-infused beat, and it's one of my favorite tracks. Though H A R D L O V E is not their best work to date, it's certainly one I'll keep coming back to and consider for my top ten of 2016. - 7/17/16, Scott Fryberger of Jesusfreakhideout.com