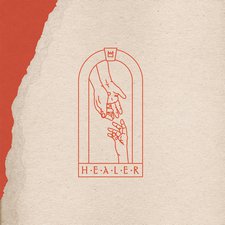 
It is a question that has been asked as long as music criticism has been around: "What constitutes growth for an artist?" Does a group who leans on a similar sound throughout their career constitute artistic staleness? And if we move back a bit and take in a wide-angle view, does this apply to the musical greats out there? James Taylor's most recent albums sound a lot like his first ones fifty years ago (so too with Bruce Springsteen or most Country artists). An established "sound" is a metric that seems sporadically applied as a critique (there are many heavy rock and metal bands out there that mine the same territory year after year as well). And yet, some bands and artists are wildly creative and take great pains to change up their sound from year to year, while others are content to mine the same terrain again and again.

Casting Crowns has been staying in roughly the same musical sphere for almost all of their twenty-year run, but that is not to say that their musical output is stale. It would seem rather, that their aim in ministry is to appeal to the widest possible audience for the sake of the gospel.

The updated version of their Healer project, released earlier this year, is ironically, a much better album from top to bottom than the oddly short original, and a tuneful country-pop record with a great heart behind it. While the musical bed beneath the lyrics may be a bit vanilla for some, the fine, insightful lyrics more than carry their weight artistically.

The opening "Desert Road" is a galloping, wide open beginning to the album, and a perceptive look at the Biblical theme of "being in the wilderness": "I don't wanna write this song / I don't want this pain to be my story / I don't want this desert road / Are you sure this is the plan that You have for me? / Out here in the dust and clay / God, if there's a bigger picture / It's gettin' hard to see today / But I know that You won't leave me / I don't know where this is goin' / But I know who holds my hand / It's not the path I would've chosen / But I'll follow You to the end / Lord, as long as I am breathin' / I will make Your glory known / Even if it means I'm walkin' / On this desert road."

The following, rousing title track is a convicting look at the "hero worship" phenomenon (not just in our current culture, but throughout all time) and rightly critiques that the human heart is in need of healing as much as a hero: "It's hard to see the storm blowing over / Anytime soon / It's hard to hear any hope in the headlines / Oh, I don't know what's true / We been trusting in the broken / To make us whole / But there's no new rescue coming / Let's do the one we've always known / We need the healer / We don't need another hero / We need the healer / Deep down every hurting heart knows / We need the healer / And only Jesus is the healer." The line "we've been trusting in the broken" is a particularly convicting line in light of our current political climate where the church and secular society alike can look to elected officials as a point of salvation or rescue from all of society's problems.

The band's recent radio hit, "Scars In Heaven," is a wonderful take on what heaven will be like and has a hint of MercyMe's "I Can Only Imagine" in its DNA. With an encouraging melody and uplifting vibe, the song scores points for its creative wordplay about who paid the cost for believers to be reunited with our creator: "The only scars in Heaven, they won't belong to me and you / There'll be no such thing as broken, and all the old will be made new / And the thought that makes me smile now, even as the tears fall down / Is that the only scars in Heaven are on the hands that hold you now." This comforting theme is continued in "No Hurt," which features a wonderful Gospel Music choir: "I know it looks hopeless, how divided we are / Only nail-scarred hands could ever reach so far / Where hatred runs deep, His love runs deeper still / There's no hurt my Jesus can't heal / No hurt (no hurt) my Jesus can't heal / No empty, (no empty) oh, his love can't fill / This world ain't gonna save us / But I know the one who will / No hurt, no hurt my Jesus can't heal."

But not all is so somber and serious. "Crazy People" is a zippy, countrified number that rightly paints the heroes of the Bible as "crazy people" in their own time and challenges the listener to be unafraid to be different and make a difference. "2nd Opinions" is a purposefully hokey and corny Bluegrass shuffle of a tune that lists a series of popular sayings and maxims that float around church circles, but are not by any means "Biblical": "Well, they'll say follow your heart where'er it leads you / Just let that little voice inside you show the way / I guess the million-dollar question, is that your heart or indigestion? / 'Cause the heart's been known to lead the fool astray / It ain't hard to get hooked on the book of second opinions / We'd rather live our own truths, don't tell us what to do, just what we wanna hear / But it's high time we turned our interest, to God's word instead of Pinterest And finally close the book of second opinions."

The album ends with a haunting, a cappella cover of iconic singer-songwriter Michael Card's "Gentle Healer" that feels just right in both capturing the mood and overall theme of this work. Casting Crowns is a band that is tremendously insightful and convicting lyrically, even if their musical template is largely the same album after album. There is room for all sorts of approaches in Christian music, and Casting Crowns have proven themselves with Healer to be a band that is not afraid to preach the name and message of Jesus year after year, with a sincere desire to offer hope and conviction in equal measure.