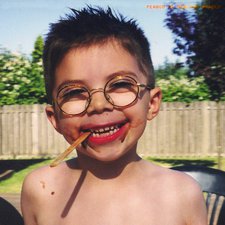 
As rap and hip hop continue to dominate today's culture and music industry, more and more labels are searching for more artists they can sign to really capitalize on the genre's undying popularity. Even non-hip hop-specific Christian labels have joined the fray; more accurately, the Christian market subdivisions of major labels, such as 4 AGAINST 5 (Word Records) and Capitol CMG (Capitol Records). This year, an indie labels distributed by Capitol CMG, Centricity Music, is throwing their hat in the ring, but thankfully, this new addition to the roster feels more like an integrity add than a cash grab, as their first signing, Peabod, is equal parts surprising and pleasing to the ears.

Peabod is the hip hop moniker of Isaac Peabody, a folk-based singer songwriter from Washington, who previously had no more than two EPs and a Christmas single to his name. But last year, he switched it up and independently dropped a hip hop album called Healthy Snacks, which is now being re-released by his new label home. He brings to the table a flow that reminds me a bit of nobigdyl. and the quirkiness of folks like Pigeon John and John Reuben. Though Peabod frequently refers to the album as a mixtape, nothing about it really feels like a mixtape, but rather, a finely-tuned studio album with original music, great production, and songs that have clear-cut beginnings and endings.

The words that can largely describe Healthy Snacks are words like "fun," "happy," and "joy." Peabod's intentions with this album were to express his joy in the Lord and translate it into music that makes the listener smile and also feel the joy of the Lord. The songs aren't always directly about Jesus, but he is vocal about his faith and you can get really get a sense of his source of joy while listening. "A PEAceful Introduction" immediately brings the lightheartedness into the picture, and it's built upon in fun tracks like "Summertime," "Roommates," and the Latin-inspired "Sweet As Coca-Cola," which all feature upbeat music and terrific melodies. There's also the ode to friendship, "Summer of Fletcher," which is full of inside humor and references to Peabod's friend and roommate, Fletcher. I'm also a big fan of "Hat Hair," which almost reminds me of a Pigeon John kind of song, as well as the love song "Steady," which is a slower tune, but has really great guitar licks and harmonies.

Now, I should also point out that there are a couple of songs that delve into not-as-fun moments, but somehow, they still fit the overall feel of the album. "Dang!" talks about what I presume is a real-life situation, where Peabod's car was broken into and some stuff was stolen, including a laptop with some of his music on it. The following track, "Ok," tackles the days where you just don't feel happy or peaceful. But what's great is that "Dang!" doesn't find the rapper hanging his head in sadness, and "Ok" doesn't leave us in despair, thinking that the bad days don't go away. Paired up with Gotee Records artist Hollyn, the duo reminds us that we're going to be okay.

Healthy Snacks is not your typical hip hop album. With the radio being ruled by rappers like Drake, Kendrick Lamar, and Kanye West, Peabod's approach may not make him a candidate for mainstream listeners. However, his rather unique and quite accessible style and sound may catch the ears of those who don't look to the radio for answers - even some who may not typically listen to hip hop. If you want a change of pace, check out Healthy Snacks.

Peabod's Healthy Snacks is one of those rare projects that transcends the boundaries of what listeners have come to expect from hip hop, following in the footsteps of John Reuben and TobyMac, and to some degree, Twenty One Pilots (mainly a little in vocal style and the lyrical topics). The happy hip hop style is infectious, destined to leave songs like "Roommates" and "Hat Hair" stuck in your brain (and begging to be replayed). Hip Hop fans may enjoy Peabod's lighter take on the genre, but those who may not usually take to the hip hop scene should definitely give this multi-talented artist a listen. - 7/1/18 John DiBiase