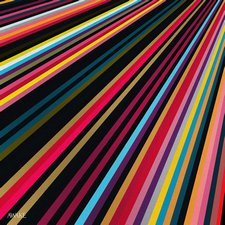 
Hillsong Worship is back with its annual offering, the latest of which is titled Awake. However, this time, they forgo their normal practice of live worship recording and return with a studio album for the first time in over two decades. This is now the second main release since Brooke Ligertwood took over leading the band in 2017, and the direct follow-up to 2018s fantastic live album, There Is More. The studio recording versus live recording yields a shorter, and more focused tracklist and runtime. This is a welcome change, as many of the biggest criticisms levied against their catalog are the multiplicity of songs stretching beyond the five-minute mark, leaving it laborious to return to regularly.

The album eases to a start with the slow-building piano-led instrumental Dawn, as it slides directly into the simmering track two, Awake My Soul. In fact, I found the entire album to be constructed as if an individual were experiencing worship as a day, with titles like Dawn, Awake My Soul, Come Alive, and See The Light, it is hard not to see intent. Its another welcome nuance to a genre that can at times become stale when it comes to yearly releases. You could also make a case that the twelve tracks are laid out like a church gathering's worship set. This is most clearly seen as we notice the team leading the listener from the upbeat praise offerings, into the slower and more contemplative worship songs. Though Im sure this is often the goal with releases like this, to my ears, Hillsong nails it better on Awake than on previous releases.

After pumping the energy in the first three songs, the first true highlight unfolds in the tender declaration of No One But You. Ahodan King takes lead vocal, and Brooke joins him at the bridge of the song as they all resolutely state again and again, No one/ no one/ no one/ no one/ no one, Lord but You. Though, at face value, the simplicity of those lyrics has been heard before, its the more poetic verses and the slow build that give it the "oomph" left unexperienced when simply reading the words. You will need the context of hearing the entire song to get the full measure of its gravity, so definitely give it a listen in its entirety. The other previously released single, King of Kings, follows and has already taken root in many churches the world over. Refreshingly, there is an abnormal amount of theology stuffed into the song that could run the risk of coming off as clumsy or rushed, but thankfully that is not the case here. My favorite lyrics come from verse one, stating, In the darkness we were waiting/ Without hope, without light/ Till from heaven You came running/ There was mercy in Your eyes/ To fulfill the law and prophets/ To a virgin came the word/ From a throne of endless glory/ To a cradle in the dirt. As the songwriters talked about it in an interview, the melody and chorus came to them quickly during a songwriting session with Jason Ingram, but they labored over the verses for almost a year to add, edit, and tweak before coming out with the finished song. This fact is to be commended and celebrated as struggle seems to produce the greatest treasure worth sharing. Other highlights are From Whom All Blessings Flow (Doxology), which adds enough of a contemporary spin to keep it interesting; the lyrically rich Joel Houston-penned Bright As The Sun; the gentle offering Upper Room; and sweet harmony-drenched closer He Shall Reign.

All things considered, this might just be the most complete Hillsong Worship album in years. It has a crisply produced, cohesive approach, and enough diversity of worship leader and tone to go along with praiseworthy lyrics and contemporary musicality. In my mind, the only things missing are things like distracting crowd noise from previous live recordings and the propensity for songs to overstay their welcome length-wise. Those missing items only serve to make the album stronger, in my opinion. After over thirty years of making music, and with the Ligertwoods at the helm, I like the freshness of the direction and future of this collective, and look forward to subsequent releases. This is one of the best overall worship albums of the year and certainly worthy of multiple listens.