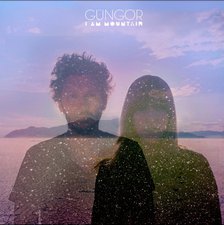 Gungor
I Am Mountain

In each of Gungor's last three albums, they have been commended for flexing their artistic muscles a little bit more than the previous effort before it. The latest of those efforts, 2011's Ghosts Upon The Earth was a beautiful and lyrically deep melancholy conglomeration of folk and alt rock that proved to be one of the year's highlights, even snagging a GRAMMY nomination. But even that was not enough. Never a group to settle, Michael and Lisa Gungor & co. decided that they wanted to take their endeavors even further and make a project that epitomized their artistic vision beyond anything anyone could have heard before. Now on their self-owned Hither and Yon Records, Gungor has given us their self-recorded, self-produced, completely independent I Am Mountain.

Someone, somewhere in the past decided that in order for music to be really good, it had to "make sense." In other words, you couldn't simply take the best bits of a dozen different musical styles and genres, throw them into mixing pot and serve up a stew of it because it won't sound very good or digest well. But that is not to say that music cannot be really good if each of those dozen styles is treated very carefully and used in just the right amounts. On I Am Mountain, Gungor is walking a very fine line between balancing all their influences (from electronica to folk to alt rock to western) tastefully, and falling into chaos. One such example is "The Beat Of Her Heart," alternately invoking the folk sound of Ghosts and Ennio Morricone (who scored the famous Spaghetti Westerns of Sergio Leone), while lyrically weaving an allegorical tale of faith and trust inspired by Greek mythology.

Indeed, Gungor succeeded in their goal to create something totally unique; each genre that they experiment with is expertly handled, from the rugged country of "Wayward and Torn" to the disco-inspired "Let It Go" to the ambiance of "The Best Part" and "Finally." "Wandering" even features the extensive use of auto-tune much to its enhancement, regardless of one's personal feelings towards auto-tune as an artistic medium. Unfortunately, the overall result of a sit-down-and-listen-in-one-sitting experience is like that of a playlist on shuffle, particularly in the middle tracks. These twelve tracks, while united by purpose, are divided by execution, making most songs more fit as standalone songs than part of a whole. It's a pity because of the expert treatment of each individual song.

Possibly the most divisive element on the album is the songwriting. Each song is a poetic expression of longing, loss, and love that strives to be devoid of generic patterns or clichéd moments. The title track in particular stands out as an examination of the wonder of humanity among all of creation ("I am mountain, I am dust / Constellations made of us / There's glory in the dirt / A universe within the sand / Eternity within a man"). "Yesternite" is another lyrical highlight, as Gungor tackles the "gods" who abandoned them in the night, and his struggle to overcome their desertion. But while the words themselves are unique expressions of poeticism and wordcrafting, much of the lyrical content can be described as being a mile wide and an inch deep. "Wandering" is one such song, describing the search for "an anchor to hold me" and "a thread that might free me," as is "Let It Go," where the listeners are encouraged "If there's anything that hold you down just forget it / Keeping your feet on the ground, don't you let it." One song, the high-energy "God And Country" even moves into satirical territory with a one-sided view of war (which is sure to convict some listeners, but will probably merely rile more). For a band that is out to deliver a message of boundary-breaking, out-of-the box artistry, I feel like more should be expected when it comes to lyrical substance.

Whether or not the album is a hit or miss for any particular listener will depend very much on what they are looking for. Musically, while disjointed, it is brilliant. Anyone looking for a unique, expertly crafted collection of songs will love this album. Anyone who loves poetic lyrics will love this album. Anyone who prefers more all-around lyrical depth might be more disappointed. Be amazed or be perplexed by Gungor with a record that could be either their finest yet, or else simply their oddest.

The Isaacs The American Face [House of Isaacs]

Chris Renzema Without You - Single [Centricity]

Various Artists Songs We've Been Trying To Tell You About (And Others We Haven't) Vol. 10 [JFH Music]

We Are Messengers God You Are (feat. Josh Baldwin) - Single [Curb/Word]