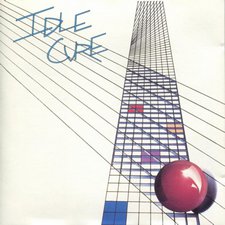 
The mere mention of the Christian music of the late '60s and early '70s inevitably conjures up images of free-spirited Southern-Californian hippies or big-city street performers strumming beat-up acoustic guitars as they set Biblical passages to folk and pop music. Over time, though, much like its secular equivalent, the music of that era began to migrate from its early, counter-culture origins to something entirely more hospitable to those in the mainstream record-buying public. Indeed, by the end of the first half of the '80s, arena-oriented rock and metal acts were all but ruling the roost on the Billboard singles and album charts, and those in the Christian music camp rushed to offer fans of those genres an alternative to their non-Gospel-oriented counterparts.

Some Christian acts were fairly easy to categorize. Barren Cross, for example, sounded a whole lot like Iron Maiden. X-Sinner made no secret of their love of AC/DC. And, before they went full-on arena rock at the dawn of the '90s with the landmark Beyond Belief record, the guys in Petra were a fairly convincing doppelganger to the boys in Styx. Other artists, like the Southern Californian quartet Idle Cure, were a little harder to pigeonhole, as evidenced on the band's self-titled debut effort, which hit the shelves in 1986 just as the hair metal phenomenon was truly hitting its stride.

"Come Alive" was almost surely inspired by plentiful listens to the title cut from Def Leppard's High 'n' Dry record. The chugging guitar riffs of "Breakaway" owe a similar debt to Autograph's 1984 Top 40 pop-metal hit, "Turn up the Radio." And the slightly tamer and glossier "Overdrive" is pulled from the same book shelf as "Runaway," Bon Jovi's first-ever single which hit the shelves way back in 1983.

On the tamer side of the coin, "Silent Hope" fits somewhere between the radio-friendly pop of Mike + the Mechanics' "Silent Running" and Knee Deep in the Hoopla-era Starship. "Take It" probably could have slipped in on just about any of Peter Cetera's early solo albums (minus the vocals, of course) with most of his fans being none the wiser. And one listen to "Feeling the Heat" - a dead ringer for the prototypical '80s movie soundtrack song, if ever there was one - would probably be enough to make Kenny Loggins secretly wonder why he didn't write it first.

At the time the debut album was released, more than a few critics derided the band for borrowing so liberally from the bands that influenced them. In a backhanded sort of way, though, this may well have been one of the Cure collective's greatest strengths. Indeed, while the bulk of their CCM pop- and rock-loving peers were summarily dismissed as simply lesser versions of the artists they so closely modeled themselves after, front man Steve Shannon and his cohorts were one of the few groups who actually proved that they could churn out hard-rocking ditties that were every bit as good as (and, in some cases, even better than) those of their mainstream contemporaries.

While its eclectic approach may well have guaranteed that the debut Idle Cure project appealed to a wider fan base than successive efforts, it also leaves it feeling just a tad unfocused. To be sure, it wasn't until the band began to concentrate more exclusively on hard rock-oriented material that they truly began to come into their own - a migration that reached its pinnacle at the dawn of the '90s on 2nd Avenue, the foursome's third, and most convincing, album. Still, even with its scattershot nature and one or two lightweight ballads factored into the equation, the freshman undertaking was still an engaging, high-spirited effort that pointed to a group that would soon deliver something truly spectacular.