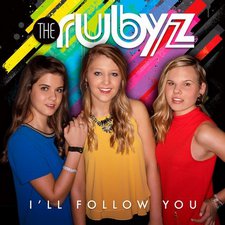 
In the newfound absence of Jump5, several noble attempts were made for their true successors for the tween audience. One of those bands was a troup of young ladies collectively known as The Rubyz. Making their home on iShine Records and becoming cast members of the TBN show iShine KNECT, the first incarnation of the group put out two albums in 2008 (as a trio) and 2009 (as a duo) before a new incarnation put out another album in 2011 (as a duo). In 2014, the group was overhauled again into its current form as the trio of Tanner Davis, Jessica Coffey, and Addy Schneider.

As with most Christian groups targeted at a young audience, The Rubyz make it a point that they exist to provide an alternative to mainstream bands, and to empower young people to find their self-confidence and meaning in Christ. And as with most such bands, previous incarnations have usually succumbed to the typical pitfalls of tween bands, including cringeworthily "playful" lyrics, excessive autotune, overproduction, or lazily promoted (or mis-promoted) products. That brings us to The Rubyz first project for their third incarnation, the five-song EP, I'll Follow You. In light of all I've mentioned, I admittedly did have several preconceptions about what this EP would likely sound like that were not entirely positive. However, I was genuinely shocked at how inaccurate those preconceptions were. What is presented on I'll Follow You is definitely not the overproduced, autotuned, disgustingly "playful" tween fare we are used to. In fact, the overall sound of this project is something similar to what the parents of The Rubyz target audience could easily enjoy. This could actually possibly be a brilliant play; most bands that market themselves as a "positive alternative to so-and-so" are mostly being marketed at parents anyway, so if a band is able to successfully appeal to both parents and their children simply because they both enjoy it, they can gain quite a listening audience. But it is also easy to see this strategy backfire; we all know that many (if not most) kids treat like venom anything their parents like, even if they secretly like it themselves.

But even then, I'm not sure if the tween appeal may have been downplayed too much. Are these tracks too Adult Contemporary for their intended audience? Not danceable enough? Dare I even consider the thought, not playful enough? I can't say for sure, but my gut says "yes." Take as example the opener, "Breathtakingly Beautiful." Out of the context that this band is marketed at tweens, it sounds like anything you might hear on a typical Christian radio station like K-LOVE. Even the message is universal enough ("You are a story with a heartbeat / You are extraordinary / You are irreplaceable, a true original" etc) that it isn't obviously (exclusively?) targeted at tweens. And each of these songs (with the possible exception of the title track with its electronic breakdowns) gives a similar feel. While this adds more lasting value to the lyrics, unfortunately, the ultimate effect from this reviewer's perspective almost feels like an early indoctrination into the creative stalemate that is mainstream CCM. Even Tanner, Addy, and Jessica, young as they are, sound mature beyond their ages (as an aside, I was rather impressed by Addy's vocals, though she could probably add some more flavor). It feels strange to complain that an album targeted at youngsters doesn't tailor to their ages, but when it comes down to it, I simply don't think kids are going to flock to a band that sounds like what they might hear any day on the radio as their parents drive them around.

Overall, I'll Follow You is a thoroughly mixed bag. It stays away from all the worst offenses tween projects usually have, but does so in a way that causes many other creativity (or lack thereof) problems. In the context of the brevity of the project (four songs plus an out-of-place seasonal song single that was haphazardly tacked on), all signs point to the fact that I'll Follow You is likely (hopefully?) a precursor to a proper full-length album. I'll be interested to see if they choose to maintain this contemporary approach or if they add a more traditional tween-friendly flair. I would vote for the latter, but add the caution to still stay off the common pitfalls I mentioned earlier. To be honest, perhaps the best thing about the whole record was that I was able to hear all three of these young ladies voices, pure and unaltered, and without singing any overly contrived or pandering lyrics for most of the record. Keep that up, and you'll automatically remain better than all those frightfully manufactured kid bands that adults and snobs love to hate.