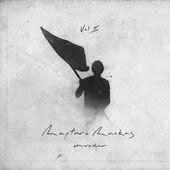 If you look at the current roster of BEC Recordings, your eyes will immediately be drawn to the lower right-hand corner of the page. Bright colors? Check. Dark shades? Check. Leather jackets? Check. Alone, none of those things are really a big deal. In fact, a lot of bands have them. But on a label known more for its worship than its funk, the guys of Rapture Ruckus stand out even more than they would on the street. That's what's funny though. It's these differences that make them such a great fit.

Rapture Ruckus was destined to stand out from the start. After all, the band was born out of a radical change in vocalist Brad Dring's life. Tired of the hold that drugs had on him, he surrendered everything to God and dedicated everything he had to music. What resulted was not only a new direction for Dring, but also the creation of one of the most popular bands in New Zealand. Many of the groups on BEC Recordings could be classified as more 'traditional' worship bands. But there is no greater picture of God's love, or His grace, than the story of Rapture Ruckus.

It's really hard to not like this album. Even if you don't have a pulse, the pounding beats will probably get your blood moving. It's that good. Think Family Force 5, but in the club. Think high energy, intelligent, dance-ready rap-rock. Think a mash-up between dub-step and the harder moments of Manafest. Actually, you know what? Don't think, just listen, and enjoy the most unique musical experience you may have all year.

Invader Vol. 2 starts off with "Fire to the Night," a track that channels many of the thematic elements of the classic song, "This Little Light of Mine" (which isn't the first time this band used that tune either). This isn't what you heard in Sunday School though. It's harder, it has more depth and above all, it's affirming. When Dring raps, "the only thing I have left, is the only thing they can't steal," he not only seems to reference the hold that drugs used to have on him, but most importantly, the sovereignty of Christ. God's love can't be covered up. His faith shines through every darkness. It's the brightest fire there will ever be.

Another standout track is "Mr. Roboto." No, it's not a cover of the Styx classic; it's an entirely different animal. "Mr. Roboto" is a fun song. It's not aggressive, but it definitely keeps things moving in a big way. That's really how the whole album feels--like a whirlwind. It would be hard to find a more diverse, yet cohesive, collection of songs. "Parallex" is a little more poppy, "Boomerang" is a face-melting jam fest, and "Mindfield" is rap rock perfection. What would be a difficult transition for some, is a seamless change for Rapture Ruckus. It's not only enjoyable, it's just plain impressive.

The only downside to the album is its length. At eight tracks, it's a respectable EP, but that doesn't mean that it's enough. The remixes are fine; they're actually pretty good. David Thulin, who also contributed to Invader Vol. 1, outdid himself with his reimagining of "Fire to the Night." It's just as good, if not better, than the original. Unikron's and Grapishsoda's tracks are also extremely well done. But Invader Vol. 2 still feels incomplete. With the majority of the album rocking at such a high level, it's disappointing for it to end so soon, especially the original material. That's only a minor complaint though, and it can be easily overlooked because the level of quality is so high.

Invader Vol. 2 is everything the first Volume was and more. It's unique. It stands out. But ultimately, it brings hope. And that, no matter what form it is presented in, is worth listening to.