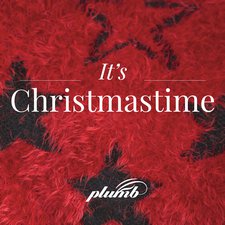 
Plumb has been a staple of Christian pop and rock (and even worship) since the late 90's, but one thing she hasn't released in the past three decades is a proper Christmas project. 2011 saw the singer/songwriter's first dabbling in making seasonal music on her own (not counting a collaboration with Selah called "Mary Sweet Mary" for a compilation in 2007), with the release of two indie singles: "What Child Is This?" and her own original, "It's Christmastime." Both cuts were great and have since been a part of my annual holiday season rotation, but she never did anything further, save for contributing live material to a Christmas tour or two.

In 2019, all of that changes as Plumb releases not one, but two brand new Christmas EP's. The fact that she split a collection of 10 songs up into two 5-song batches, releasing a mere week from each other is a bit puzzling, but a closer look at the thematic direction of each EP clears this up a bit. The first EP, Behold, celebrates the birth of God's only Son, Jesus, which is the real heart and purpose behind Christmas for most believers. (My review of Behold can be found here.) The second EP, It's Christmastime, more so celebrates the traditional aspects of the holiday, and finally makes the title cut available to the public on an official Plumb release.

This 5-song collection kicks off with a cover of the theme song from National Lampoon's Christmas Vacation, "Christmas Vacation." Honestly, I don't think I've ever heard a cover of this song, but after hearing Plumb's rendition, it seems tailor-made for someone with her flair to recreate it and make it her own. Next up is her duet with former Downhere frontman Marc Martel, "It's Beginning to Look a Lot Like Christmas," which they cut together in 2017 for his own Christmas project, The Silent Night EP. They sound great together, and Martel's Kevin-Max-meets-Freddie-Mercury powerhouse vocals fit the song well. The EP's title track, the aforementioned "It's Christmastime," is a bouncy, love letter to the holidays, celebrating all of the traditional things about the season we love--from decorations to sitting by a cozy fire or even simply the taste of peppermint. It's become one of my favorite modern Christmas songs. A cover of Celine Dion's "Another Year Has Gone By" is given a sweet little doowop flavor for good measure, before Plumb wraps up the EP with the 1953 Gayla Peevey classic, "I Want a Hippopotamus for Christmas." It's a goofy little ditty that Plumb has been performing live for a while, but makes its recorded debut (for her) here. It's as delightfully fun and sweetly obnoxious (in a good way) as you might expect it to be, and it's the perfect encore for this brief Christmas collection.

At a time of year where music repetition may be at its all-time high, Plumb gives listeners 10 great new Christmas recordings in two separate servings that are perfect to add to your annual rotation. Her It's Christmastime EP is the more lighthearted and fun of the two, but definitely don't overlook the more worshipful offerings on her other new EP, Behold, as well. Grab some cocoa, sit by the fire, and invite Plumb to take part in your holiday traditions. (Now, we just need a vinyl release of both EP's--as a Side A and a Side B--so the Christmas traditional vibe can be complete!)