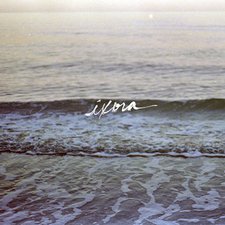 
Copeland has never been a band that fans merely "like;" rather, there is something in their music that inspires deep emotional connections from their fans. Perhaps it's the emotionally vulnerable lyrics and beautiful melodies. Perhaps it's Aaron Marsh's singularly sensitive falsetto and the band's intimate live shows. Whatever the reason, Copeland is beloved by thousands, myself included. Without straying into personal anecdote, it is fair to say that Copeland has impacted my own life in ways that only a handful of other bands (including contemporaries Mae and Anberlin) have done. So it was no surprise that I and many others were devastated when the band announced their breakup some five years ago. And it was no surprise that the band's announcement of a new album (ironically timed for April Fool's Day last year) generated such an outpouring of happiness and expectation. And at the end of October last year, Copeland finally delivered Ixora: an album that can only be said to have far exceeded all reasonable hopes.

It's difficult to know where to start in describing an album as exceptional as Ixora. Perhaps the most logical place to begin is with praise for Copeland's continued evolution from a songwriting perspective-- where a band that once played straightforward guitar-centered emo rock now allows a variety of instruments to take center stage, from acoustic guitar to piano to synths to strings. Even more impressive, the melodies are no longer merely "sweet," but occasionally venture into grittiness and even a slightly industrial sound, most notably on "Lavender." Ixora is an astonishingly effective mix of all the sounds Copeland have used in their past albums. It doesn't focus heavily on bombastic emo ballads, like Beneath Medicine Tree and In Motion did, but they're still there. But it also doesn't linger in the contemplative and musically minimalist, like You Are My Sunshine did. Instead, it takes those sounds and plays with them, like in the latter half of "Erase," where Aaron Marsh goes from an ineffably gentle bridge into a resounding crescendo with the band uniting around his falsetto in a wall of sound. "Chiromancer" expands in a similar way: at the beginning it sounds like it would be right at home on the low-key You Are My Sunshine, but it doesn't stay there. Instead, Marsh drops out of his gentle falsetto and into a strong crescendo, backed by a strongly compelling guitar line and a call-and-response melody.

Lyrically, Marsh is at the top of his game in writing heartfelt, vulnerable sentiments about love and its struggles. The influence of being a husband and a father is clear in his lyrics, most notably in the lovely simplicity of "Ordinary," where he rejoices in the familiar, everyday rhythm of love between two married people. "In Her Arms You Will Never Starve" also packs a strong emotional punch, and has come close to bringing tears to my own eyes on many listens. In it, Marsh ponders the comfort of being genuinely loved by a wife, saying "In her arms you will never starve, you will never freeze, and when the world is hard you can fall asleep there. In a world of chaos she can be your silence. The oceans of her kindness, they will pull you under." It's hard to think of another performer who could get away with such naked romanticism, but Marsh not only gets away with it, he revels in it and pulls the listener in too.

And to top it all off, Ixora is a masterful display of production. In this venture, as with the melodies and lyrics, Aaron Marsh is again the hero. He brings all the experience he has gleaned producing for other artists and assembles a richly layered sound that never settles or dulls. In some cases, the genius of his approach is seen in small flashes, like in the brilliant synth line that punctuates moments in "I Can Make You Feel Young Again." Other times, an entire song serves as a showcase for Marsh's talent. The best example of this is "Disjointed," which opens with a simple synth line, then layers on top a ringing vibraphone for a few bars, followed by a driving piano melody to top it off. Then, later in the track even more levels of sound are added, including a strong orchestral layer of strings. The effect is one of continually-shifting complexity that follows in perfect step with the changing rhythm and melody of the piece.

It hardly seems right to pen a well-rounded album review without mentioning at least one negative point, but finding drawbacks in Ixora is hard. Some listeners may be thrown off by the previously mentioned shift of tone in "Lavender," but I personally found it quite effective. "I Can Make You Feel Young Again" is perhaps a little too plodding, but to criticize it is dangerously close to nit-picking. There simply are no significant missteps on this album and there isn't a single track I would ever be tempted to skip.

Simply put: Ixora is a masterpiece of songwriting, performance and production. It is an album that proves that a band that was once just another emo rock act can evolve far beyond the walls of the genre into something unique and creative. It isn't just emotional and it isn't just melodically beautiful, it is intricate and layered and diverse. Most of all, it was completely worth the wait.