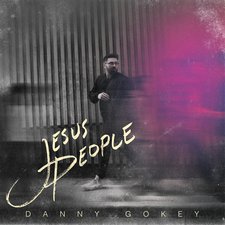 
At this point in his career, Danny Gokey has solidified himself as a well-known name in the CCM scene. From his early hits, such as "Hope In Front Of Me," to more recent numbers, like "Love God, Love People," Gokey has consistently found a way to stay relevant in the crowd. With his latest release, Jesus People, he sticks to a similar formula that has provided him with quite a bit of success in the past.

The buoyant "Make A Difference" kicks things off, as Gokey's knack for creating catchy tunes is on full display. The song is a battle cry for believers to join hands in unity, changing the world for the better. This is followed up by the record's strongest track, "He Believes In You." It doesn't necessarily break the mould musically, but it is a classic example of Gokey mastering his sound, while simultaneously providing the listener with encouraging lyrics, such as "When the waves and the wind push harder / When you feel like you can't get through / He is there with you in the water / And He believes in you!".

Another standout is "We All Need Jesus," which also features vocals from the talented Koryn Hawthorne. The song focuses on the importance of not pointing the finger at others, as we are all fallen people, "We're so quick to point a finger / And judge things from our point of view / The things that we say, the trouble it makes / It hurts you, and it hurts me, too."

There are plenty of songs on this project that fans of Gokey will be satisfied with, such as "Truth Is," "Peace," "Stay Strong" and others. However, what holds this endeavour back is the fact that he doesn't improve or build upon his previous works. This is not to say that Jesus People is poorly made; most of this record plays it safe, which results in it falling short of its full potential.

Generally speaking, Danny Gokey has produced an enjoyable album that will be listened to, and loved by many. There is a nice balance between upbeat and toned down tracks, and Gokey's voice is as smooth as ever. With a bit more experimentation and variety, this record could have been one of the best released in 2021. That being said, Jesus People is still well worth a listen, especially for fans of the genre.