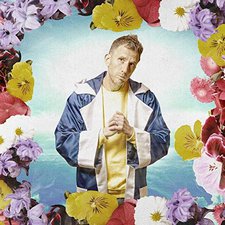 
The greatest Christian rapper, well... ever, has subtly returned to the scene with a pre-album EP ever-so-aptly titled Greatest Christian Rapper Ever, leading up to a full-length album titled... John Reuben. Yes, that's right; John Reuben is back with his first full-length project since 2017's Reubonic, an album which saw the rapper leaning far more into a pessimistic cynicism than the innocent, boyish humor which initially drew in a solid number of his fans.

Few artists would be so bold as to insult their genre with a self-deprecating EP title, but Reuben is nothing if not irreverent. The Ohio-based rapper tackles a number of topics, kicking off with his own origins in "Secular Music" and by poking fun at the industry from which he was born: "How you gonna front when the church nursery's your green room / and the set time's early cause the kids got curfews? / But these were the days when distribution meant / the physical packages had to be boxed sealed and shipped / so I got a label and then got labeled / but I'm grateful cause that label made it capable to travel the globe and talk to the faithful." He concludes the faux-braggadocios track rather humorously ("I'm the greatest Christian rapper ever / there I said it / not to be confused with the greatest rapper who happens to be a Christian / 'cause there's too many of them to win") before proceeding with "Cheer Up," a clever homage to Reuben's home state of Ohio. "You'll Get Your Wings" is worth a number of hearty laughs, and the clever "Call and Responsey" is another album highlight, featuring Alon Auguste. The track vibes of Reuben's earlier works, both sonically and lyrically: "Johnny and Alonny / we go together fondly / like brie and salami / or call and responsey." "Highlight Reel" provides a healthy amount of thoughtful wit, as does "Here on Earth," but the amount of contemplation brought on by "God's Politics" takes Reuben's infamous introspection to a new level. The same could be said for "Other People," which tackles the difficult topic of race and its politicization on all sides.

Regardless, tracks like "Still Something" are refreshing with lines such as "Hold this space for joy and reverence / we've been working it out ever since / a rabbi was crucified and we felt His presence; that's a confession." It is also worth noting that this track cleverly remixes the tune (and message) of some of Reuben's prior music. Ultimately, listeners have a great deal to explore on John Reuben, and missing out on this project would be a real shame.

After the much edgier Reubonic in 2017, John Reuben is back and returns to form with his new self-titled release. Now 20 years since his Gotee Records debut, Reuben offers up a little of everything fans have come to love about his music, balancing his fun and more cynical sides. After delectable jams like "Cheer Up," "Off Key," the tongue-in-cheek "Secular Music," the playful "Call and Responsey," and my personal favorite, the nostalgia-drenched "Looking at Now," songs like the much darker "God's Politics" and the somewhat cynical (but not offbase) "Highlight Reel" can be a little jarring. Still, Reuben brings a lot to the table here to enjoy and even chew on lyrically, not to mention offering some great collaborations with rapper Alon Auguste, making this album a definite standout of the year already. - 2/24/20 John DiBiase