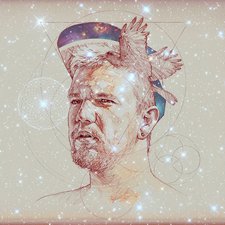 
Rather than further exploring the theatrical stylings of The White Room, Jonathan Thulin opted for a more energetic and accessible approach with Science Fiction. Loaded with creative synthesizers, catchy beats, and impressive vocal prowess, Science Fiction is brimming with modern pop goodness. Lyrically, each song is based on a single prominent metaphor (often deriving from folklore and fantasy) creating a subtle thematic cohesion. To make things even more interesting, Thulin brings on seven guest vocalists--most of which enhance the character of the album.

"Time Traveler" sets the lively tone for the album with its dance-oriented beat and addictive chorus. This lighthearted tune presents a gospel message cloaked in a sci-fi metaphor: "You wipe the past just like I'm a time traveler." Cranking up the bass, "Jekyll and Hyde" boasts a reverb heavy kick drum and a dynamic mixture of strings and synthesizers. Though it covers the serious topic of hypocrisy, it comes across more entertaining than convicting. Skipping ahead, "Hat Trick" stands out in the middle of the pack with its sharp Egyptian-styled synthesizers and slick rap from Derek Minor. Thulin dazzles and deceives us as a magician in this satirical piece about pretending to be someone you are not. One thing to note here is the phrase "hat trick" is used way too many times (36 to be exact). The vulnerable "Six Feet Under" offers hope for those who are trapped beneath the weight of addiction. The electronic background and steady drums are eloquently accented with strings for this lightly theatrical tune.

Two of the strongest tracks, "Mockingbird" and "The Ruins," are found towards the end of the album. Fans of The White Room will find "Mockingbird" particularly outstanding with its theatrical musical environment and stellar vocal performances by Thulin, Kevin Max and Shine Bright Baby's Emily Fertig. The album's sole balled, "The Ruins," is a beautiful duet between Thulin and Moriah Peters over a slow piano. Gracefully penned by Thulin and Charmaine, this song is based on Matthew 7:24-27 where Jesus tells the parable of the man who built his house on the rock. Closing track "The Theory" is a black sheep with its random AC sound and lack of a distinct metaphor. It's a decent song on its own, but in the context of this project, it ends a superb album on an uneven note.

Jonathan Thulin has been emerging as one of Christian pop's most promising artists, and it's easy to see why. His music bleeds innovation, his vocal range is amazing, and his songwriting is solid. Not everyone will love the shift away from Thulin's "epic pop" sound, but nonetheless, Science Fiction is a worthy follow up to The White Room. With no skippable songs and a handful of standouts, Science Fiction is a fun and well-rounded album.

- Preview Review date: 2/20/15, Review date: 3/6/15, written by Christopher Smith of Jesusfreakhideout.com class="coversize" align=right> Early Thoughts...
Despite the success of his grandiose album The White Room, Jonathan Thulin opted to evolve his sound for his latest release--and the result is magnificent. Effortlessly fusing innovation and accessibility, Science Fiction is loaded with catchy beats, clever songwriting, and impressive vocal delivery. From the dance-ready "Jekyll And Hyde" to the sole ballad "The Ruins," every song flourishes with modern pop goodness. "Mockingbird" is particularly outstanding with its theatrical musical production and stellar vocal performances by Thulin, Kevin Max, and Shine Bright Baby's Emily Fertig. With the help of these guests and several others (Rapture Ruckus, Moriah Peters, Derek Minor), Thulin skillfully tackles themes like deception, hypocrisy, forgiveness and love using vivid metaphors and pop culture references. Expect to be entertained and enthralled with Science Fiction when it drops on March 17th... - Preview Review date: 2/20/15, written by Christopher Smith of Jesusfreakhideout.com
--->

After a steady build-up to his first major release with 2012's The White Room, Jonathan Thulin offers up his fifth full-length album. While his previous venture was more focused on a soulful form of worship, Thulin deviates from this on Science Fiction. A much larger palette of guest artists enter the fold this time around, including Kevin Max, Derek Minor, and Rapture Ruckus.

The general vibe of Science Fiction is somewhat disjointed, with no particular genre coming forth. For example, the album's lead single, "Compass," (probably the best track on the album) feels heavily influenced by Maroon 5, whilst the title track seems to take its cues from Jason Mraz. "Hat Trick" is also a fun song to crank up the volume on. "Mockingbird" is a beautiful and alluring piece, and one of Science Fiction's few tracks worthy of defining Thulin's career. "The Ruins" is the one song on the album reminiscent of his previous works, and it is very much needed by the time the album proceeds to wrap up.

Unfortunately, the lyrical prowess Thulin previously wielded on The White Room has considerably abated. Musically, Science Fiction is a strong project, but the sincerity that once permeated Thulin's music seems to be missing. Nothing here is particularly exceptional or original. Overall, Science Fiction is a good album, but I had hoped for a more cohesive and thought-out project. - Review date: 2/25/15, David Craft