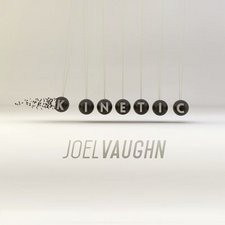 
While the current-day musical landscape is nearly filled to overflowing with aspiring and established artists who have tossed their former pop- and rock-loving ways to the wind to join the ever-growing assortment of performers busily churning out worship-inclined works for Top 40 radio and those in the pews, Joel Vaughn's trajectory has taken exactly the opposite route. After releasing a trio of praise-based albums and racking up over a decade of service as worship leader for various churches and student ministries in the Amarillo area, the former West Texas A&M University student set his sights on a course that the more commercially-minded members of his listening audience might well liken to swimming upstream during a flood; the pursuit of more purely pop-oriented fare.

While such an approach admittedly flies in the face of any sort of master plan to dominate the inspirational airwaves or earmark his compositions for eventual inclusion in the church hymnal, most of his fans, old and new, will be hard-pressed to argue with the end result. Starting out with an ethereal, echo-laden 1:34 introductory piece, "Synesthesia," Vaughn quickly dives into the beguilingly buoyant dance-pop ditty, "Wide Awake." If a group of friends were at the local club and a church service broke out -- or the leaders of the local congregation let a slew of EDM-loving youth lead the PM proceedings as they saw fit - it would probably sound a whole lot like this.

The opening two numbers are followed by "Hysteria," a slightly slower, but no less ingratiating entry that shifts the proceedings a bit more to the pop side of the dance-pop equation. From there, each successive track slows the beats-per-minute count noticeably, although certainly not enough to stall things altogether. The deliberate, slow-burning rhythms of "March On" are the perfect tool for drawing the listener in for the remainder of the release. "Truth about Me" is, at its heart, a similarly winning offering sure to place a knowing smile on the faces of those old enough to recall the days when peppy pop purveyors like Tony Vincent, Eric Champion and Bryan Duncan did serious business on the Christian Hit Radio charts.

Looking at the record objectively, the somewhat unwieldy "Far Away" isn't nearly as engaging as the songs which came before it. Likewise, a quick glance at the lyrics of cuts like "Wide Awake" ("I can see/ I'm wide awake/ There's a fire in my heart/ I can't put out") highlights an undeniable shortfall when it comes to thematic originality. And, while the funk-filled Chris Howland remix of "Wide Awake" is hardly an out-and-out dud, it still pales noticeably next to the far less stilted original version, making it superfluous at best. All of that said, among the album's six non-remixed tracks, "Far Away" is the only one that truly merits a tap on the "skip" button. In the same way, Vaughn's highly-rhythmic vocal delivery slots in perfectly atop his sparkling, energetic instrumental grooves for a sum total that more than makes up for any shortfalls in its occasionally less-than-perfect parts.

In the end analysis, Vaughn's latest project hardly seems destined to revolutionize the world - or even the music-loving portion of it. None of that, though, should draw attention away from what is, at its core, a pretty impressive opening bow into the pop arena. If nothing else, the tenacious Texan deserves at least a smattering of credit for following his muse and taking the proverbial path less travelled - i.e. crafting compositions which will probably never be placed on overheads with a CCLI number appended to their last verse. Viewed against the backdrop of the frequently listless, all-too-similar-sounding songs that tend to populate the Billboard Christian charts, Kinetic acquits itself with flying colors. And for those who think that all Christian music begins and ends with that which they hear coming from the front of the auditorium on Sunday mornings, this invigorating, albeit all-too-brief, effort will likely be an absolute revelation.