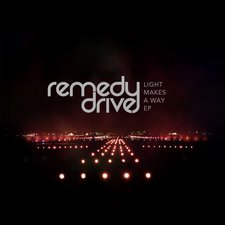 Since making their major label debut in 2008 with Daylight Is Coming, the all-brother piano rock band from Lincoln, Nebraska, Remedy Drive, has been building a name for themselves with a unique sound and engaging, energetic live performances. Daylight Is Coming served as somewhat of a soundtrack of hope and in 2010, the album was re-released with an additional four songs that only made the album even better. 2011 has already brought significant change for the foursome; three of the four Zach brothers have exited, leaving vocalist/pianist David Zach as the only original member. In addition, Zach and his new musical team have parted ways with home label Word Records and are self-releasing five brand new songs otherwise known as Light Makes A Way EP.

The band's debut featured the slick pop rock production of multi-Dove Award winning producer Ian Eskelin (of All Star United fame). Light Makes A Way is a bit less polished and it actually helps capture more of the energy the band displays on stage. Fans of their hit radio single "All Along" won't be entirely alienated, however, as Remedy Drive offers a fair mix of rock and softer tunes on their new EP. The lead-off track is signature Remedy Drive at its best; fueled by an electric guitar and David's piano accents, the song musically and thematically fits right in with what we've come to expect from these guys. Lyrically, the hope in Christ through times of uncertainty is a theme Zach carries through this EP as well. "Hold On" is a lovely piano rock ballad that stands out, boasting a memorable chorus, "When everything is broken, everything is gone / When nothing's left to hold on, hold on to / You give me something better / More than just a feeling / You give me something real to hold on to." Zach has the uncanny ability to capture the weariness that one can suffer through life in this world and give it a genuine twist of hope that never feels forced or unbelievable and idealistic.

"Don't Wait Too Long," a song the brothers were playing live last year, is next, channeling the classic Remedy Drive sound (even from their early indie days) into a piano rock track that even features a few guitar solo/jam moments that the Zachs often broke into during their live performances. It's nice to have the song in a studio recording form, but it may actually be a bit overshadowed by the other tracks on this EP. "Follow Me" is an acoustic ballad that naturally addresses the questions and fears that come with parenting a little one. As a new dad myself, I can certainly relate to the thoughts and feeling Zach voices to his son, Jack, "Why do some stars have to fall? / Why do some hearts have to break? / But today, your only question for me is "Can we go outside and play?" / ... / And son, I don't have all the answers / I don't want to let you down / All I know is that I'm running towards this hope I cannot see / And son, I hope you'll follow me." The acoustic packaging makes it sound even more intimate and heartfelt, shying from the bells, whistles and large production that songs like these tend to have in CCM. To close the EP, "Disappear" continues the softer style, complete with a big chorus and a worshipful feel.

It's a new season for Remedy Drive and their latest offering features some of the band's best songs to date. Longtime fans shouldn't let the news of the member changes sway their appreciation for the band's music as Light Makes A Way still very much sounds like the band they've come to love and enjoy. Light Makes A Way teases us with good things ahead for these guys and it has us listening intently with eager ears.