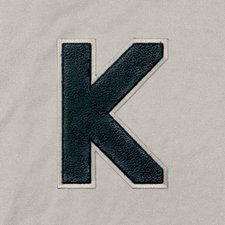 When BEC Recordings announced that it was partnering with Mars Hill Music for future album releases, I (among others) was pleasantly surprised. This partnership brought along the expectation for a wider audience and larger fanbase for some really talented artists and bands, such as Dustin Kensrue/The Modern Post, Citizens, and Ghost Ship (all of whom have since released an album or two). Earlier this year, however, one of Mars Hill's most promising acts, Kings Kaleidoscope, announced their departure from being an official Mars Hill Music band. An even bigger surprise came when they teamed up with fellow Seattle-ites Emery, who signed KK to their newly-formed independent label. Kings Kaleidoscope's debut with BadChristian Music is anything but bad Christian music.

Live In Color gives us a great taste of who this ten-piece band is. Yes, ten members, most of whom are multi-instrumentalists, including the lead vocalist, Chad Gardner. This gives their music an eclectic sound that you experience as you progress through the six tracks. One could use words like "indie" or "alternative" for the sound of Kings Kaleidoscope and be pretty accurate, but to place a genre on them in such a manner really does seem to diminish what they're capable of producing. The EP starts with "Fix My Eyes," a slow, piano-led ballad that features a couple of violins and a cello. The string section is lovely when played in the traditional manner, but adds a bit of uniqueness (while maintaining its beauty) when the players start plucking the strings in much the same way one would pluck a harp. Tracks like "Felix Culpa" and "Defender" paddle further down the indie rock river, with electric guitar licks and interesting synthetic sounds layered over the organic ones. They even make use of the band's brass section; I love the triumphant way the horns are played in "Defender" after Gardner proudly proclaims "I will not be afraid, for my hope is in His name! Who is a rock but our God? Whose blood has sealed our freedom? Jesus, our Savior, defender, redeemer!"

Just as the music of Kings Kaleidoscope varies from track to track, so do the style of lyrics. Some of the lyrics are straightforward lyrics of praise, while others are more abstract and/or maybe poetic. "Felix Culpa" has some of the best-written lyrics of the EP; the very first verse says, "Turn the lights on, look at what I have, see the twisted trophies of a dead man." That's true for humanity; oftentimes we are so proud to show off our accomplishments that, in light of God's holiness and perfection, are as filthy rags. Later, in the bridge, Gardner sings more of his own fruitless pride that was remedied by God's mercy: "I have killed and stacked the dead on a throne from which I reign, in the end I just want blood and with His blood my hands are stained, see the God who reigns on high, He has opened His own veins, from His wounds a rushing torrent that can wash it all away." "Seek Your Kingdom" serves as a gentle reminder of God's love by reminding us of Jesus' words in Luke 12 (albeit in Gardner's own writing, of course): "See the ravens, they can't farm, they don't have silos, trucks or barns, but our God sees their needs, and He loves them and He feeds them everyday, see the lilies, how they grow, they don't work or buy their clothes, but if God by His grace clothes the grass with great array, then how much more is there in store when I seek Your kingdom, seek Your righteousness." Then there's the old classic hymn "Be Thou My Vision," which so beautifully says, "Be Thou my vision O Lord of my heart, naught be all else to me save that Thou art, Thou my best thought by day or by night, waking or sleeping Thy presence my light."

Now, while it's easy to lavish good words and praise upon this album's strengths (of which there are many), it's admittedly not without its flaws, though they're few. You must keep in mind that this is sort of a live album. It's not recorded in front of a live audience as is usually the case for a live album; the band played each song in various parts of Chief Kanim Middle School in Fall City, Washington, and each song was recorded in one take instead of in-studio and piece-by-piece. This is not a flaw, though the live aspect does allow for the drowning of Gardner's vocals by the music from time to time. It's rare, but it happens. I also feel like, for the sake of flow, maybe "Felix Culpa" should have been the first track. "Fix My Eyes" is a good starting song if you want to get into a meditative state, but ultimately, "Felix Culpa" feels like a better opening track. And I'm not in love with the way "Fix My Eyes" ended: it builds up for a few measures and then just drops out. It would probably benefit from a smoother finish. In the end, the flaws are all pretty minor and don't really depreciate the value or quality of the project as a whole.

It's risky to start off your record label tenure with a live album, but according to BadChristian, the live setting is where Kings Kaleidoscope thrives, and I have to agree. In addition, Live In Color makes for two live albums out of three total releases (and the other is a Christmas album), so it works for them. While I'd surely love a studio album, I'd be just as happy with new Kings Kaleidoscope music in the future regardless of where it was recorded. Make sure to support these guys by picking up this album; It's difficult to imagine someone with an open mind toward music disliking it.

Born from the same label as Citizens, Ghost Ship, and Dustin Kensrue, former Mars Hill Music band Kings Kaleidoscope left the label so they could more easily pursue musical ventures not limited to Sunday morning worship. This brought them into a partnership with Emery's independent BadChristian label, and KK's live EP, Live in Color is the first project released from the vocal and provocative label. And what a release it is! Featuring a spectacular and creative arrangements of horns, guitars and percussion, the 10-member band defies conventional boundaries in worship music even more than their admittedly creative former labelmates. "Felix Cupla" begins with a jazzy, passionate punch, with lead vocalist Chad Gardner's raw vocals forming a stirring blend with the group's horn section and fuzzy guitars. "Seek the Kingdom" follows with a syncopated rhythm and expressive, biblically based lyrics, leading into the album's quintessential highlight "Defender." Intricately arranged and with multiple melodies that blend seamlessly, "Defender," is not only the album's highlight, but one of the best and most creative original worship songs I've heard in recent years. Following that are the raw and melodic strings-led "Fix My Eyes" and an excellent rendition of "Be Thou My Vision" (though the latter is certainly the least impressive offering on the album), and finishes with the mellow(er) "Higher Throne." Live In Color ends much too soon, and though phenomenal as a release by itself, the thing the EP does best is build anticipation for whatever KK has in store next when their creative limits aren't limited by the live medium. - Review date: 3/30/14, Mark Rice