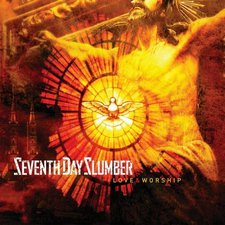 The "covers album" (a collection, mostly, of well-known songs written and performed by various artists and interpreted by another artist or band) occupies a unique, and sometimes perilous, space in the world of pop music. If the artist doing the covering sticks too closely or faithfully to the original artist's version of the song, then they risk the charge of simply copying the song and lacking originality. But, if the cover veers too far from the original version (sometimes to the point of being unrecognizable to its original audience), the covering artist risks alienating the original song's fan base and possibly the crowd the album is aimed at in the first place.

This tightrope walk is made even trickier when the songs feel as if they belong to a collective community of people, as is the case with Evangelical worship music. Songs that are sung as part of a worship service Sunday after Sunday have a decided emotional component that goes along with singing them.

This attachment has proven a boon to the Christian Music industry, and in almost any Christian bookstore you can find heaps of worship music collections aimed at any demographic you could imagine. This is why the "worship covers album" is now a benchmark to any Christian Music recording artist's career, along with the "live album" and the "Christmas album."

BEC Recording's rock band Seventh Day Slumber first released a worship cover album back in 2009 (Take Everything) and follow it with Love & Worship, a collection of a few well-known and oft-sung Sunday morning songs that are also intermixed with a couple of originals and lesser known numbers.

It seems appropriate to measure the success of Love & Worship against the backdrop of Take Everything, for the two albums are distinctly different thematically from Seventh Day Slumber's original album's material. Measured with this rubric, Love & Worship offers some distinct differences and, one might say, improvements, to their last worship music project.

To start off with, it's nice to hear a few lesser known (as least to American audiences) worship songs like One Sonic Society's "Forever Reign" and Hillsong United's "Desert Song" and "Stronger." These songs may perhaps be on their way to Sunday morning ubiquity, but for now they serve as an introduction of sorts for many listeners. Every song on Take Everything was a standard, and hearing a few fresh songs this time is a relief. On the minus side of the ledger, having four-plus songs from the same Hillsong writing collective seems a bit much. There are no doubt many other worthy songs in need of exposure. On the plus side, original songs "I Am Not The Same," written with Matt Redman, and "Here With You" (an emotion filled look at the cross that dates back to SDS'S independent band days) fit in nicely with the other worship material.

Unfortunately, Love & Worship offers up a sound that is mellower than the band's rock oriented material; the hard rock guitars seem turned down a notch and lead singer Joseph Rojas' soulful vocals come across as more subdued than normal. "10,000 Reasons (Bless The Lord)" and Chris Tomlin's "Our God" both hew a little to close to the original versions and deliveries, and could have used a little "roughing up," so to speak.

But in the final ledger balancing, Love & Worship delivers a worshipful batch of mostly well-chosen and performed songs that put this album in the black.