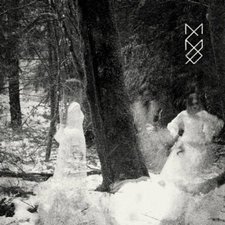 An analogy fit for summarizing Mychildren Mybride's third full length album, the self-titled Mychildren MyBride, would be that of a turtle reluctant to peak outside of its shell. This quintet from the Yellowhammer State has built a following on pounding, chunky breakdowns nestled within the bare-boned hardcore songwriting structure. Namely, this entails plenty of headstrong group vocals, multiple two-step passages and once again, those aforementioned pummeling breakdowns. However, rehashing the same formula with minimal experimentation can only provide a finite amount of entertainment. Without progression, stagnation leads to regression. Likewise, a turtle hiding within its shell cannot gain traction and move forward. Unfortunately, Mychildren Mybride, although taking a few moments to glimpse forward, continues to take comfort hiding within a shell of monotony.

Opening the affair with a glorified breakdown, "Morpheus" does little to camouflage Mychildren Mybride's intentions to keep any deviation from the norm to a minimum. Furthermore, "On Wings Of Integrity Pt. 2" - a nod to the band's debut album - finds the group unwilling to progress, sticking to the standard fare of brawny riffs and gruff one liners predestined to grace the back of merchandise. Adding to the monotony are "Hell Or High Water" and "No One Listens, No One Cares," which are both upbeat beat downs that, while energetic, are indicative of an outfit too comfortable with redundancy. Although this songwriting formula may be second nature for Mychildren Mybride and serves as fuel to fiery mosh pits in a live setting, these predictable, unmemorable songs act mainly as filler here.

Mychildren Mybride's reluctance to fearlessly embrace progression and throw caution to the wind is most disappointing because of the potential the band exudes when they strive to contort their songwriting even subtly. "The Endless," although a bit too lengthy for its own good, finds the band's tempo decreased, complete with meandering verses focused on allowing the piece's nearly defeated lyrics to be highlighted. "Anathema" provides a glimpse of the heaviest leanings Mychildren Mybride are capable of with ghoulish growls and fierce drumming commanding the song. Lastly, record highlight "God Of Nothing" captures the group firing on all cylinders, injecting hints of black metal into their hardcore template, creating an atmospheric soundscape that sounds equally sinister and theatric.

Unfortunately, though, the bulk of Mychildren Mybride is rife with unimaginative mosh pit humoring that has been the Achilles' heel of the band since day one. There is a breakdown here, a two-step passage there, and so it goes. If only Mychildren Mybride were more willing to crawl out of their shell. "God Of Nothing," "The Endless" and "Anathema" exemplify the dynamic, quality material Mychildren Mybride could write that has merely been hinted at if experimentation was embraced. Regrettably, monotony has been embraced and the results show. Mychildren Mybride has gotten hardly anywhere.

MyChildren MyBride return with their third album on Solid State, the self-titled MyChildren MyBride. The band has continued to improve their instrumentation throughout their career and this album is no exception. While it's not the best metal album available on the market, it should provide a sense of enjoyment for most metal-heads out there. Songs like "Anathema," "God of Nothing" and "The Endless" showcase the band's talent as well as some experimentation. Too many metal bands today are scared to color outside of the proverbial lines, and while MCMB does not break the barrier often, they are willing to try. It is very rare to find a band like A Plea for Purging who is willing to fearlessly experiment with their sound, but at least MCMB has made an effort. At times the music, especially the vocals, become monotonous, but most bands in the genre tend to. That's not to excuse monotony in an artist's sound, but merely serves as a comparison. While tracks like "SAMCRO" (the title borrowed from the TV show "Sons of Anarchy" - Sons of Anarchy Motorcycle Club Redwood Original), "Hell or High Water" and "No One Listens, No One Cares" aren't as memorable, those like "Dreamcatchers" make the record stand out. This is a worthy addition for MCMB fans or for a large amount of metal fans in general. However, if your mind is set on a completely original metal listening experience, you may want to stop after the sound clips and move on. - Review date: 4/30/12, written by Michael Weaver of Jesusfreakhideout.com