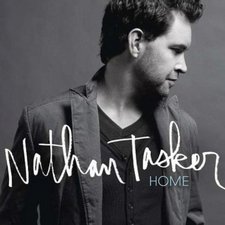 With multiple albums and an award or two to his name, singer-songwriter Nathan Tasker has built an impressive career as one of Australia's top CCM artists. The call to art and ministry, however, rarely lets one stay in the same place. In 2006, Tasker's story began a new chapter halfway around the world when he and his wife moved to Nashville, Tennessee, with lots of experience and a hope to connect with fellow Christian artists and deepen his craft. Life in the States brought him a mentor in industry veteran Charlie Peacock, and with the help of Peacock and Jason Ingram, with Rusty Varenkamp leading production; Tasker crafted his US debut Home, an album that brings his songwriter pop sounds to a new part of the world, while reflecting on the meaning and search of a home that lasts.

The songs that make up Home are straightforward singer-songwriter pop with easygoing lyrics suspended in warm vocals and a surprisingly light, acoustic-based sound. Considering Nashville CCM is often known for heavy, loud production, it's refreshing to hear Tasker's music get an appropriately lighter touch. The music is sparse and restrained for the most part, with just enough instrumentation to fill out the songs and carry them along without upstaging his voice and lyrical message. Most of the songs are relaxed without feeling too slow, and small touches like the airy synths that open "Give In" or the barely-there bass line that drives the second verse of "Eternity (What We Were Made For)" give the songs some musical texture that adds to the spacious and bright feel of the album.

It's no surprise that the idea of "home" is a recurring theme for the transplanted musician, whether finding it through trust in God or looking toward future hope of a heavenly home, but the message is subtle enough that it might be missed on first listens. From the story of a wise man's advice to let love "lead you home" in "Love is the Compass" to the affirmation that one day all will be "Beautiful Again," Tasker's songs keep an eye toward heaven, like the Sydney man known for writing the word "eternity" on city sidewalks (the real life that inspired the song "Eternity"). The title track may be the only one not written or co-written by Tasker, but even with a different, hymn-like musical approach, it fits right in as a declaration of that hope: "And as I'm dying, my soul will soar / In the end I'm going home."

All that may sound like this is a downer album, but that's hardly the case. Tasker's songs are an attempt to tell his own vagabond story through his music, a metaphor for the restless hope for eternity and all things made right. The songs are so mellow that it's easy at first to miss the deeper sense of longing, loneliness, and even rejoicing that roots them. However, for such a lyrically driven album, some of the songs toward the second half of the album don't stand out like the rest. The lyrics are good enough, not cliche or contrived, but sometimes they feel a bit too safe, like he's just scratching the surface of true, honest writing. Some songs, like the story that introduces the first verse of "Eternity" or the longing evoked in "Find My Way Home" come close, but it would have been nice to hear lyrics that dig deeper into the heart and personal story of the writer.

Still, Home is certainly a grower for those willing to spend some time getting to know Nathan Tasker, and it turns out to be a different sort of album for the summer: relaxed, easy listening with a higher purpose in mind. His voice is pleasant and inviting, and the songs may not be super catchy or deeply poetic, but they are hopeful and beautifully played and produced. This record is enough to give American audiences a fine introduction to this new artist, and one can hope for future releases to take him even further. For Tasker, the next chapter is just beginning.