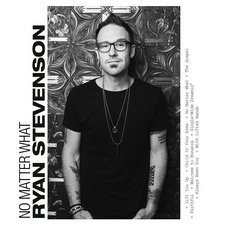 Ryan Stevenson
No Matter What


Ryan Stevenson is the very definition of a likeable guy. With his "everyman" persona and gift for melody, his music is a natural fit for Christian radio playlists. A writer of songs for TobyMac ("Speak Life") before hitting it big with "In The Eye Of The Storm" off his previous album, Fresh Start, Stevenson is a hardworking and uplifting presence in the CCM world.

With No Matter What, Stevenson continues his winning streak, although the album is too slight at eight songs (and one jokey interlude about his hometown that circles back to another one on his last album). With just a few more songs, No Matter What would have been an out-and-out competitor for most tuneful and heartfelt album of the year.

"Lift You Up" starts off the action with an uplifting statement of purpose that features a nifty, distorted funk-guitar line and Stevenson's smooth, rhythmic flow that has just enough hip-hop influences to bring to mind both the aforementioned TobyMac and fellow funky singer-songwriter Mat Kearney. With a silly line about shopping for t-shirts at Goodwill, Stevenson shows his humorous side (a' la mainstream rapper Macklamore), and manages to mix the silly and sacred well. "Child In Your Arms" features a great synthesizer line and instrumental flow that sounds both classic and current all at the same time. "No Matter What" slows things down considerably, and swings slowly to the beat of an old country waltz number. Somehow, this wild tempo change and feel somehow works in the context of the album. Bart Millard, of Mercyme fame, shows up in typical duet fashion and adds a nice presence to this soulful tune about the faithfulness of God. And speaking of duets, the legendary Amy Grant lends her voice to "Faithful," and lifts the tune up considerably with her presence.

Lead single "The Gospel" is an album highlight, and a wonderful reminder of what's at the heart of faith: To the captive, it looks like freedom / to the orphan, / it feels like home to the skeptic, it might sound crazy / to believe in a God who loves / in a world, where our hearts are breaking / and we're lost in the mess we've made / like a blinding light, in the dead of night / it's the Gospel / the Gospel that makes a way / it's the Gospel that makes a way.

It's a shame the album ends so quickly. (It's more of a glorified EP.) A few more songs and Stevenson would have had a really solid second outing. As it stands, No Matter What is a likable, if slightly underwhelming, effort from a truly gifted songwriter.