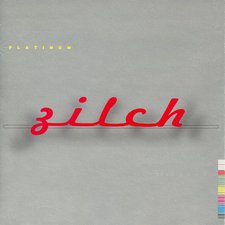 
For an introduction, Zilch was a band that consisted of DC Talk's live backup band and, after some lineup changes, evolved into the worship band Sonicflood. According to Mark Allan Powell's Encyclopedia of Contemporary Christian Music, their debut album, Platinum, was put together over the course of a week, which makes this album all the more impressive to listen to.

The album opens with a band introduction by TobyMac from a DC Talk concert. While this would be weird on most albums, this element fits the charm of this album perfectly and is a welcome addition to the track list. The first song of the album, simply titled "Good," has simple lyrics, a catchy rock 'n roll rhythm, and some extra elements like horns and synths. The next few songs get you comfortable in this formula until "Yeah" suddenly throws a slow horn interlude into the bridge of the song.

After its synth-oriented false start, "What I Got" continues the fun with a song that fits perfectly in a summer playlist (like many of the songs from this album). In the next song, the band takes a break from the spiritual nature of the previous song's lyrics to bring us a hilarious track celebrating the amazing number (?) zero ("Hero Zero"). After an interlude and the catchy "In the Sky," the best song of the album is presented to us. "Christiana" is a satirical song about a surprisingly realistic Christian community that doesn't reach outside of itself. The song does include a call to leave our little Christian boxes and reach the world, which is a message just as relevant in 2021 as it was in 1997. Two songs later, this project closes with the album's second-best song, titled "Surfer Psalm." It is a hilarious surf rock worship song with a rap bridge that seems to be done by TobyMac. Sadly, the track is messed up by an extremely obnoxious and long (7-and-a-half minutes) interlude of outtakes from the album's other unnecessary interludes, which keeps this perfect song from being an addition to summertime party playlists (of course, the song wasn't crafted for that purpose though).

In general, the lyrics on this album seem to be themed on either showing Christ to the world or about how Christ relates to us humans. The fun, lighthearted music pairs well with the positive Christian lyrics, characteristic of other Christian rock bands at the time (e.g. Audio Adrenaline, Newsboys, Geoff Moore and the Distance). The vocals, including the occasional changing of vocalists, are done quite well despite one of the album's downsides being its low sound quality. The album's other downside is its interludes, especially the ones attached to the album's best songs ("Christiana", "Surfer Psalm"). Despite its downsides, this is an overall enjoyable album created by a group of musicians that are greatly unnoticed for their immense contribution to, not just DC Talk's legendary success, but the Christian music industry as a whole. Don't pass on this little musical gift, and if someone knows if their rumored new album is ever going to release, please mention it in the comment's section please.

Editor's note: Zilch did provide JFH with a brand new song for their 2019 free indie compilation. You can still get that for free on Songs We've Been Trying To Tell You About (And Others We Haven't), Vol. 8!