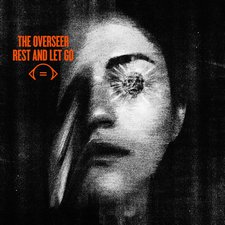 The Overseer stormed onto the scene nearly two years ago with their Solid State debut We Search, We Dig. The Arkansas group is back with their follow up to 2012's well-received release. Rest & Let Go brings a sound similar to their prior release and at times shares sounds reminiscent of groups like Underoath, Dead Poetic, and earlier Blindside. Overall, the aggression is toned down a touch from the debut. There are definitely plenty of metal elements and screaming, but not much really touches the intensity of songs like "Secret" or "Dreamer." As expected, though, The Overseer have crafted another great record.

"Fragile Wings" starts things off with some electronic sounds before moving into a grooving guitar riff. The song's mostly clean vocals feature a hauntingly sung verse followed by a stressed/half-screamed chorus and then a fully screamed bridge later. The song is a pretty solid starting place for the tone of the remainder of the album. "Paper Thin House" is an album favorite and carries a Blindside feel (and not just because of the "sleepwalking" lyric). The up-tempo guitar riff in the verse immediately followed by a slower chorus really points to classic Blindside. The slower "The Structure/The Foundation" is also a really nice addition. "Finer Fiend" is probably the heaviest song on the album and the closest thing to the more intense tracks on We Search, We Dig. When people started declaring that these guys were the new Underoath, this was the sound they were talking about. After the much slower "Deluded," "Scarlet Wool" kicks in with music and screams that mostly remind me of Dead Poetic's New Medicines album.

"Death March" slows things up again. While the track is far from one of the most memorable on the record, Abishai Collingsworth's drumming really stands out behind the softer guitars. More of the Blindside feel returns for "The Ferryman, Charon." This time around, a little more A Thought Crushed My Mind sneaks into the picture though. This is simply an excellent song. The album starts winding down with "Give Light to My Eyes," which has some stronger electronic elements added in throughout. Perhaps my personal favorite song here is the finale, "Depraved." Piano and drums dominate what is the softest track, but the heavy use of the toms nicely complements the piano. The lyrics, "Everyone's loved, but nobody's lovely. Everyone's low, but nobody's lowly. Everyone blames, but nobody's blameless. Everyone shames, but nobody's shameless," ring out and are repeated until the line, "Everyone's used, but nobody's useless," is screamed and the guitar comes in and closes it out.

The Overseer definitely doesn't disappoint or suffer any sort of sophomore slump with Rest & Let Go. As demonstrated on their debut, the musicality is top notch, the vocals are spot on, and the lyrics are taut. The guys have their sound pegged and draw nicely from several apparent influences. While it's arguable that the highs of Rest & Let Go are higher than the highs of We Search, We Dig, it could also be said that the lows are a bit lower. While there aren't any songs that are inherently bad on the record, there are definitely those that don't stand out as much. Tracks like "Deluded" and "Death March" just don't hold up to those like "Paper Thin House" or "The Ferryman, Charon." If you enjoyed We Search, We Dig then it's safe to say you will be into Rest & Let Go. If you're not familiar with The Overseer, but are a fan of bands like Underoath or Blindside, these guys are also for you. Hard rock and metal fans alike should not let this records pass them by.