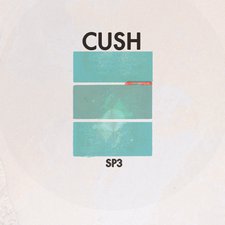 
So, exactly what does an album by an ostensible supergroup featuring members of Fold Zandura, The Prayer Chain, Honey, The Choir and a host of other bands sound like? According to the SP3 project from the deliberately anonymous Cush collective, the simple answer would seem to be, in a word, diverse. Ranging from the slowly-building atmospheric opening strains of "The gift of Hope and Fear," to the semi-slowcore undertones of "Hands of Fire," the slightly countrified "The Drug You Can Never Take" and the all-out rock textures of the bracing closer, "Of Ages," the outfit's third specifically-spiritual EP is nothing if not thoroughly eclectic.

Like so many indie-minded artists as of late, a certain U2-like thread pops up here and there over the course of the album - most clearly on "For the First Time," which places spoken-word lyrics lifted from Bono & Co.'s "Until the End of the World" and "The First Time" atop a suitably insistent alt-rock instrumental backdrop. But, while this and any number of other obvious points of reference are interspersed through the proceedings, the band manages to stitch its various influences together into a near-seamless whole that winds up being as unique and engaging as it is familiar.

Objectively speaking, SP3 isn't quite as consistently invigorating as 2001's EP1 nor as dreamily poetic as the self-titled debut. Even so, the latest outing by the mysterious assemblage ranks among their most solid showings to date and should find favor with both existing Cushites and discriminating indie-pop/rock lovers alike. The literature accompanying the release includes the following bold statement: "When you think you got it, allow for the possibility that you didn't - and listen again." While such advice might well be considered nebulous at best and self-serving at worst, with results this rich and inviting, most listeners will find themselves hard-pressed not to follow it.