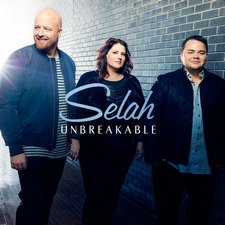 
Saying that Todd Smith and his cohorts in Selah have a certain fondness for classic hymns is a bit like telling someone that the Lakers and Celtics had a bit of a rivalry in the '60s or that the members of KISS might occasionally tend toward the theatrical. To be sure, over the course of eleven studio albums and nearly twice as many years together as a group, the talented threesome known as Selah have amassed a back catalog weighted decidedly in favor of the material that, prior to the turn of the present millennium, was all but de rigueur in legions of church pews in virtually every corner of the United States.

Perhaps sensing that, in light of having just released a second all-hymns collection in 2016, the time is right to branch out stylistically, the trio have populated the latest effort with a larger percentage of non-hymnal-based offerings than on any of their previous records. The leadoff track, which begins with a winsome snippet of the lesser-known hymn, "Got Any Rivers," before transitioning into a much longer rendering of Leslie Phillips' ethereal, brooding "Carry You," from her landmark 1987 album, The Turning, is a brilliant study in the contrast between darkness and light. "People of the Cross" and "I Got Saved," on the other hand, are sparkling examples of melodic mid-'90s-sounding pop that hark back to the time when vocal giants like Clay Crosse and Michael English roamed the CCM landscape. And, in a different era, the irresistibly peppy title song would have played over the closing credits of everyone's favorite '80s teen movie.

Interspersed among these impressive numbers, though, are several lesser cuts. The semi-martial rhythms and chanted vocals of "Set Free" are more lumbering than funk-filled. "This Little Light of Mine (He Will Shine)," the first portion of which incorporates sections of the well-known children's hymn of the same name, although possessing a certain ingratiating character, nonetheless comes across as a bit of a novelty. And the cover of Point of Grace's hugely-successful 1994 adult contemporary-leaning single, "Jesus Will Still Be There," is sure to evoke fond memories for those raised on 1990s Christian pop, but still comes across as mostly superfluous, thanks to its strict adherence to the original, and superior, version.

The more die-hard adherents of the group's hymn-based approach may find their interest waning on the latest project, not just because of its relative dearth of the classic compositions they love, but also owing to the fact that, except for "He Lives/Because He Lives" and "Leaning on the Everlasting Arms," none of the other hymns on the release really and truly hit the so-called sweet spot. Likewise, while the trio's willingness to branch out beyond their ostensible bread and butter is certainly commendable, the results of that diversification are still somewhat of a work in progress -- making Unbreakable the sort of offering that provides strong evidence for the group's ability to craft a truly unique and commanding album down the road, but falling just shy of making good on that potential this time around.